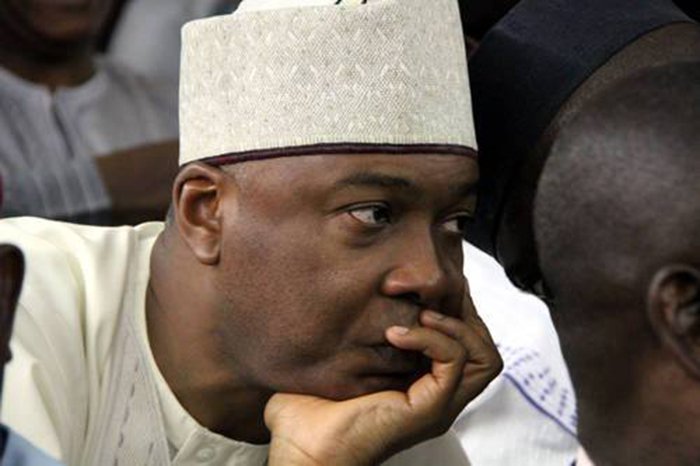 According to TI, Land Registry documents show that the houses at 7 and 8 Whittaker Street, Belgravia, London are owned by Landfield International Developments Limited and Renocon Property Development Limited.

Based on current market estimates by Zoopla, the properties are worth a combined total of around £15 million.

According to data released as part of the Panama Papers, these companies were controlled by Toyin Saraki, the wife of the President of the Nigerian Senate, Bukola Saraki as well as one of his personal aides. At the time of these revelations, none of these offshore holdings were reported in Saraki’s official asset declarations.

In 2003, his asset declaration showed he had amassed tens of millions of pounds worth of assets during his time as director of Société Générale Bank and Special Assistant to the President on Budget.

The explanation he provided for these acquisitions was stated simply as “business”. Saraki is involved in an ongoing court case around allegations of false asset declarations from his tenure as Governor of Kwara state.

In a previous interview with The Guardian, Saraki said he had declared all his assets correctly and in accordance with Nigerian legislation.

Other assets listed for probe by Transparency International include a £18m property at Kenwood Gate, Hampstead, owned by the First Family of Azerbaijan, Flats 138A and 138B at 4 Whitehall Court, London, linked with Igor Shuvalov, Russian First Deputy Prime Minister. The flats are valued at £11.4million.

The Orders, Transparency said, are particularly useful where there is no realistic prospect of cooperation or conviction in the country of origin, but there are sufficient grounds for suspicion that an asset has been acquired with the proceeds of corruption.

After an application from an enforcement authority[1], a high court judge can give notice of a UWO only if she is satisfied that the respondent is likely to be the owner of suspicious wealth beyond his means, and if all of the following tests are met:

* The respondent is a Politically Exposed Person[2] (PEP) outside of the EEA; or there are reasonable grounds to suspect that the respondent is or has been involved in serious crime

*The respondent’s known income is insufficient to obtain the asset

The UWO requires the respondent to explain how he lawfully acquired his assets. If he fails to respond or gives an inadequate response then this extra information can be used in a separate civil recovery process (an existing measure under the Proceeds of Crime Act) if law enforcement has gathered sufficient evidence.

The U.K. estimates that around £90 billion ($127 billion, 102 billion euros) of illegal funds are laundered through Britain every year and this includes money stolen from the Nigerian treasury.

Now officials will use the new unexplained wealth orders (UWOs), which came into effect this week, to seize suspicious assets and hold them until they have been properly accounted for, Ben Wallace, Security and Economic Crime Minister told The Times newspaper on Saturday.