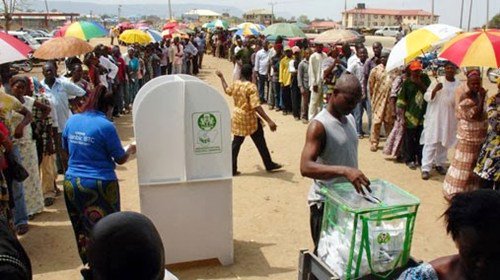 The Peoples Democratic Party, PDP, has rejected the indefinite postponement of the Local Government polls by the Plateau State Independent Electoral Commission (PLASIEC).

This was made known by the State PDP Chairman, Hon. Damishi Sango, while reacting to the postponement of the election.

Sango said, “As a political party, we find the excuse given for the postponement of the elections not only laughable, but most unfortunate.

“Here is a state that has returned to peace following the appointment of a Hausa-Fulani as a Commissioner in the Lalong administration.”

The Chairman recalled that Governor Lalong went on air to tell the whole world that following his appointment of a Hausa-Fulani as information commissioner, peace had returned to the state.

“On January 12th, 2018, while condemning his Benue State colleague at the Presidential Villa for the killings in the State, Governor Lalong boasted before the President that Plateau State is enjoying peace now.

“We find it no only surprising but embarrassing that PLASIEC is advancing security concern as the reason for the said postponement of the election”, he said.

Sango also recalled that during the administration of immediate past governor, Senator Jonah Jang, elections were conducted in 15 out of the 17 LGAs, with the exception of Jos North and Wase, while the 2015 general elections were held in all the councils.

“We now ask: what security challenges can be more intimidating than the Borno State experience where election materials were taken to IDP camps in 2015 and elections were successfully held?

“We wish to conclude by stating that this impunity has to come to an end. Enough of the excuses, which are often informed by fear of suffering defeat”, he stressed.