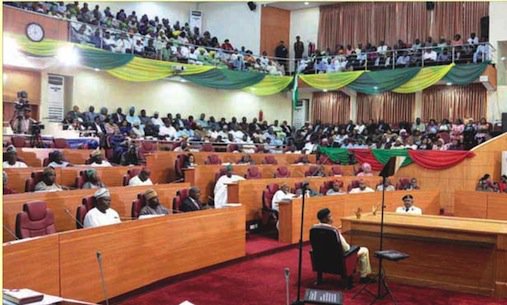 The Lagos state government is to get four new commissioners following the confirmation of Governor Akinwunmi Ambode’s nominees by the State House of Assembly on Thursday.

The approval followed the adoption of the report of its 16-man ad hoc committee for the screening of the nominees and their physical appearance on the floor of the House.

Mr Wasiu Eshinlokun-Sanni, the Chairman of the Screening Committee and Deputy Speaker of the House, had on Tuesday presented the committee’s report to the House.

Eshinlokun-Sanni said that the commissioner and special adviser designates had been screened and passed for the House confirmation.

The House approved the nominees after the Speaker of the House, Mr Mudashiru Obasa, conducted a voice vote on each of them.

Obasa directed the Clerk of the House, Mr Azeez Sanni, to communicate the approval of the House to the governor.