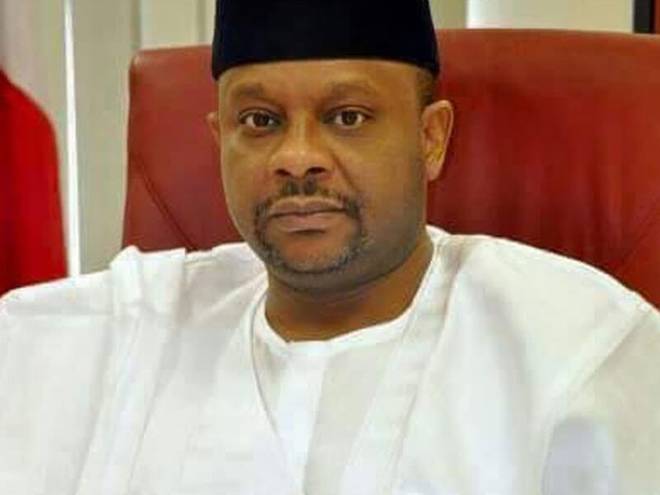 A former chieftain of the Peoples Democratic Party (PDP), Senator Basheer Lado has decamped to the All Progressives Congress (APC) with thousands of his supporters.

The ceremony took place at the Sani Abacha stadium in Kano on Saturday.

Lado, who represented Kano Central from 2011 to 2015, lost to the former Governor, Senator Rabi’u Kwankwaso during the 2015 general elections.

Lado was received by Deputy National Chairman of the APC, Segun Oni on behalf of the party’s national chairman, John Oyegun.

“I am very happy to join APC with over 5,000 supporters; together we are going to work for the party to become stronger in the state and the country in general,” he said.

The former senator said his decision to move to APC was borne out his conviction that the party had done well and fulfilled the promises it made to the electorate.

In his remarks, North-West Zonal Vice Chairman of the party, Alhaji Inuwa Abdulkadir, described Lado’s coming as a “boost” to the APC.

Governor Abdullahi Ganduje said that Senator Lado brought a lot of development to the state when he was a Senator representing Kano Central between 2011 and 2015.

He recalled that the contract of Kano-Katsina road was awarded during the Senator’s term in the senate.

Ganduje also added that the senator moved the motion for the construction of a ‎fly-over along Zaria Road in Kano metropolis.

In attendance were Governor Jibrila Bindow of Adamawa, Governor Abubakar Bello of Niger, Sen. Kabiru Gaya, Sen. Barau Jibrin and some members of House of representatives.