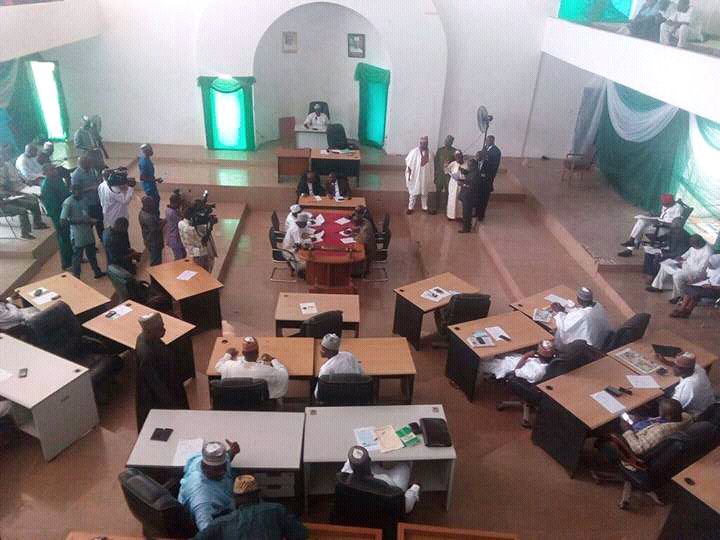 The Kogi State House of Assembly on Tuesday declared vacant the seat of the immediate past Speaker of the Assembly, Umar Ahmed Imam, who represents Lokoja I constituency.

DAILY POST recalls that the former Speaker, who is contesting for the forthcoming bye-election in the state, defected to the Social Democratic Party (SDP), stating that the ruling APC was in crisis.

Seconding the motion over the letter sent to the House for the seat of the embattled former Speaker to be declared vacant, the deputy Majority Leader, Ahmed Muhammed (APC Ankpa I) declared that the motion was timely.

According to him, “there is no crisis in APC. The last time we defected to the ruling party, the PDP was in crisis.”

He added to the prayers, that the official vehicle given to the former Speaker by the state government be withdrawn.

When the matter was thrown up for deliberations by the current Speaker, Mathew Kolawole, (APC Kabba Bunu), Momoh Jimoh Lawal (PDP Okene II) disagreed with the letter of the All Progressives Congress chairman and the motion moved by the majority leader.

He said, “I disagree with the APC and this motion to declare the seat of our colleague vacant. We are all aware that at the national level, there is Reformed-APC, which shows that there is crisis in the ruling party. Only the court of law can declare the seat of any member vacant. Mr Speaker, you are a beneficiary of this defection so why was your seat not declared vacant?” Lawal quried.

He also cited Section 109 sub-section 1g of the 1999 constitution to backup his claim.

Momoh Rabiu member representing (APC Ankpa II), in his remarks, notified his colleagues that they are lawmakers and not law breakers.

“Declaring the seat of the former Speaker vacant is of no use to the members. I therefore distance my self from this motion,” he noted.

Linus Eneche (APC Olamaboro) urged the members to have the fear of God. According to him, “Are we deliberating on the letter sent to the House by the All Progressives Congress Chairman in Kogi State or the motion moved by the majority leader. We should not forget that, it is Imam today and could be any of us tomorrow. Declaring the seat of the former Speaker to me is not necessary”.

In his summation, the Speaker of the House, Mathew Kolawole stressed that he was on the side of the law on the matter, before the House directed the Clerk to convey the resolution of the Assembly to the Independent National Electoral Commission (INEC).