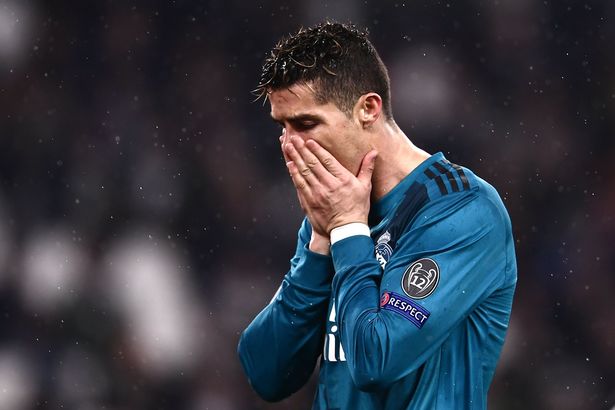 Cristiano Ronaldo’s former team-mate at Manchester United, Rio Ferdinand has said the Portuguese will be “slapping himself” despite scoring twice in Real Madrid’s 3-0 win over Juventus on Tuesday night.

According to Ferdinand, Ronaldo will be thinking about his miss against Juventus – rather than his incredible acrobatic goal.

After opening the scoring early on in the quarter-final clash, Ronaldo scored a stunning overhead kick to put Real in pole position to reach the last four.

He should have had his hat-trick late on, but fired over from Lucas Vasquez’s cross.

“He has turned himself into a box player. He is about end product,” Ferdinand said on BT Sport.

“I bet you he is thinking more about his miss!

“He will be slapping himself in the face in the mirror after the game. Zidane must be devastated!” He said.

Frank Lampard added: “The cross doesn’t need to have too much on it. The greatness is, that will be on his mind.”