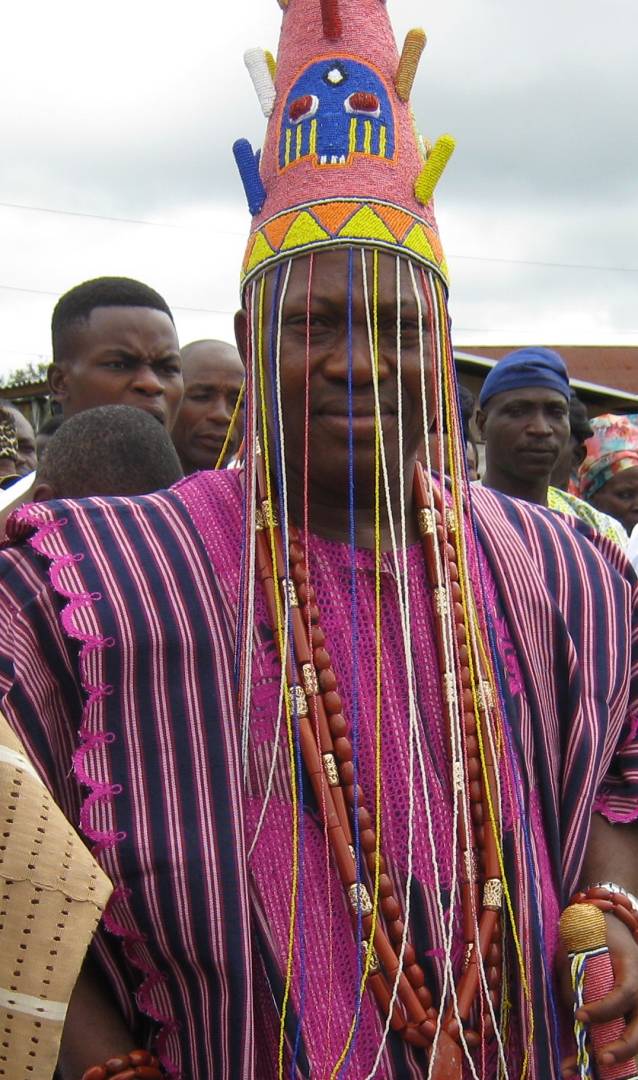 The Olukere of Ikere-Ekiti, Oba Ganiyu Obasoyin, has pleaded not guilty to the charge of murder slammed on him by the state government.

Obasoyin was arraigned at an Ekiti State High Court on Friday alongside five other defendants on three counts charge of conspiracy, attempted murder and murder.

The case had earlier been heard at the Magistrate’s Court before being transferred to the High Court.

Violence erupted in Ikere when Obasoyin inaugurated his hotel, Arede Royal Suites, in Gbemisola area of the town when some suspected
hoodlums attacked and vandalized the property.

Olukere’s statement that the town was yet to have a governorship candidate was believed to have triggered the attack.

There was heavy security at the vicinity of the court to prevent breakdown of law and order. Two Armoured Personnel Carriers (APC) and other vehicles belonging to security agencies loaded with officers stood guard.

Supporters thronged in court in large numbers in solidarity with the monarch and the other five defendants.

When their plea was taken at the court’s proceeding on Friday, the Olukere and other accused persons pleaded not guilty to the charges filed against them.

Under Count One, the six defendants were accused of conspiring on December 25, 2017 to kill one Oluwafemi Adekola in Ikere-Ekiti contrary to Sction 324 of the Criminal Code Cap C16 Vol 1 Laws of Ekiti State 2012.

In Count Two, they were accused of making an attempt to murder one Adewale Osanyinbola in front of Prince Adegoke’s house in Ojumose area of Ado-Ekiti on December 25, 2017 contrary to Section 320 Criminal Code Cap C16 Vol 1 Laws of Ekiti State 2012.

The defendants were also charged with the murder of one Oluwafemi Adekola contrary to Section 316 of Criminal Code Cap C16 Vol 1 Laws of Ekiti State and punishable under Section 301 of the same law.

The Director of Public Prosecution (DPP) Mr. Gbemiga Adaramola, said consequent upon the plea of the defendants, eight witnesses have been lined up to give evidence in the case.

The eight witnesses, Adaramola added, would testify in court within three days.

Counsel to the accused, Mr. Morakinyo Ogele, said all his clients would testify in their defence while the evidence of some of the prosecution witnesses would be useful to the defence.

The trial judge, Justice Abiodun Adesodun, adjourned the case till March 7 and 8 for the prosecution witnesses to give evidence.