I have no plan to dump APC – Segun Oni 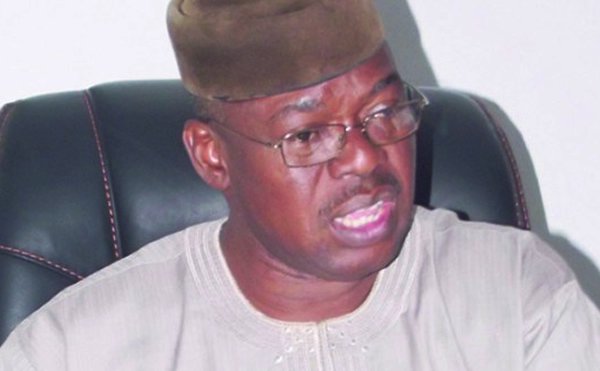 Former Ekiti State Governor and Deputy National Chairman of the All Progressives Congress (APC), Chief Segun Oni, has dismissed reports that he was planning to defect to another party.
Reacting to news report that that he was on his way out of the APC to form a coalition being put together by former President Olusegun Obasanjo to oust President Muhamadu Buhari, Oni said there was no iota of truth in the publication.

Oni, in a statement signed by his media aide, Mr. Steve Alabi, described such report as an imagination of the writer, who he said must be thinking from the soul, rather than using his brain.

Oni said: ”Why would I decamp to any other political party, either existing or yet to be formed aside the APC. I have said times without number, and I want to reiterate it, as far as Segun Oni is concerned, the reason why Im contesting this election is because of my party. Therefore if Im not the candidate of my party, I will still work for my party, if i lose the upcoming Ekiti APC primaries, i will remain loyal to the party. Why will I leave the APC? I have been here; we conscientiously fought the PDP out of power, with everything we have got.

”Those peddling the rumours are either bystanders or those who don’t believe in the agenda of President Buhari and who are now trying to find ways of rubbishing people who believe in the President.

”I’m a member of the APC and by the grace of God, the Deputy National Chairman. I don’t know any other party. I have said that if I don’t pick the APC ticket, I would not go to any other party; I don’t have a plan B. My plan A, B or C is APC because I’m not desperate.

”Why would I be desperate when I know that honour has no equivalent? So if anybody tells you I want to go to any other party, the question you should ask the person is whether I told him so or if I held any meeting with him where such matter was discussed.”

The statement added that it was incongruous that the Deputy National Chairman, who just received a PDP top-notcher, Senator Basheer Garba Mohammed into the APC fold in Kano over the weekend, could be decamping himself.

“It is not the first time that rumour-mongers are spreading such fake stories of decamping about Oni. The other time, they said he was headed to APGA. This time, it is a party that is yet to be birthed. Much as Oni respects and reveres former President Obasanjo, the truth of the matter is that there is no truth whatsoever to this publication. Oni is not leaving APC. Why would he leave? He is the leading candidate for the governorship ticket in Ekiti and the Number 2 man in the party at the national level.

“After the failed APGA story, they want to come out again using Oni to gain prominence or sell their platform, but they have forgotten that the credentials of Chief Segun Oni could not be faulted, so, I will advise them to try another person, but, for Segun Oni, they are already a failure on arrival,”‎ he said.