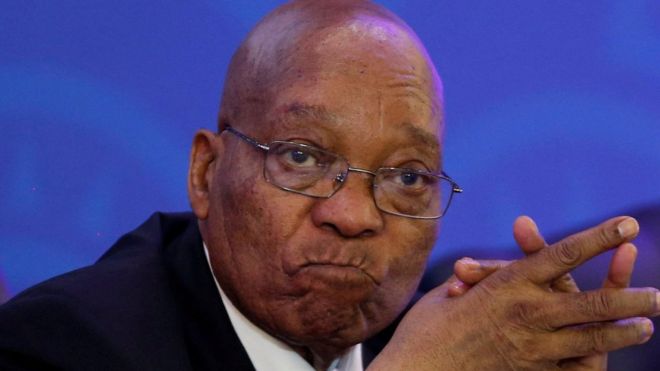 President Jacob Zuma says he will officially speak on his party’s decision to oust him on Wednesday.

Ace disclose that Zuma did not threaten to challenge his removal by the party in court, as speculated by local media.

The sribe of the ANC, told a news conference that Zuma was preparing to the decision to “recall” him.

“President Jacob Zuma has behaved like a leader of the ANC”, Reuters quoted him as saying.

“He has never threatened us with any court action, not at all.

“He did in fact confirm that he would respond by tomorrow.”

ANC ordered Jacob Zuma to step down as head of state after marathon talks over the fate of a leader whose scandal-plagued years in power darkened and divided Nelson Mandela’s post-apartheid ‘Rainbow Nation’.