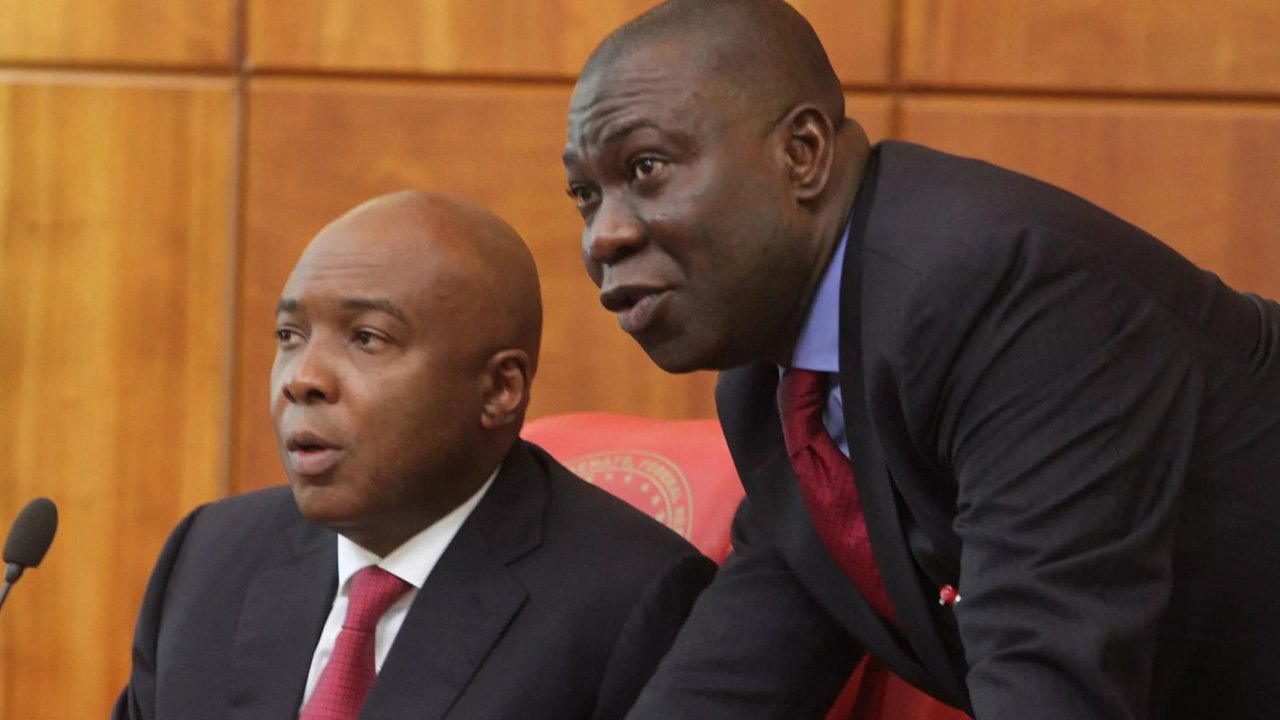 Senate President, Bukola Saraki on Tuesday described the siege at the National Assembly as a “war”.

He spoke at his residence when he met his deputy, Ike Ekweremadu, after the drama that occurred earlier in the day.

In a footage obtained by DAIlLY POST, Ekweremadu walked into the living room. Some Senators were present.

He and Saraki hugged warmly for some seconds and later discussed the situation.

“It was like war, you’ll think it was war”, the former Kwara governor echoed in reference to the deployment of security agencies to the legislative building.

Meanwhile, Saraki and the Speaker, House of Representatives, Yakubu Dogara earlier condemned the invasion by men of the Department of State Services (DSS).

They said the situation in which legislators and members of staff, including the Clerk of the National Assembly, Mohammed Sani Omolori, who is the administrative head of the federal legislature, were harassed and prevented from accessing their offices, was another attempt to subvert the nation’s democracy.