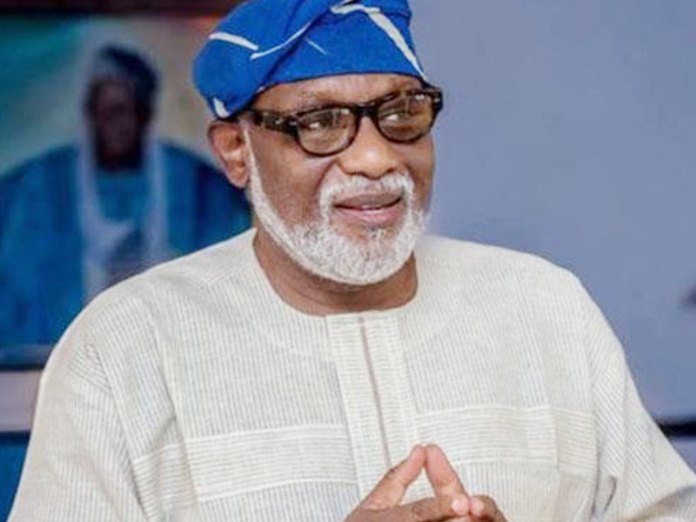 The Ondo State Governor, Oluwarotimi Akeredolu, SAN, spent over N160 Million on members and leaders of the All Progressives Congress (APC) in the state for Christmas and New year celebration.

This was disclosed by the Chairman of the party in Ondo East local government, Mr. Rafiu Ayodeji akinkuolie, while responding to allegations of diversion of the local government share of the money.

A petition sent to Governor Akeredolu and signed by 16 party leaders also accused kinkuolie of unauthorized disbursement of N8.9m party funds into his personal account.

But, Akinkuolie had disclosed that the said money was given to all the 18 local governments Chairmen by the governor to distribute to party members and leaders for the last Christmas and new year’s celebration.

The chairman, who admitted that he disbursed the money into his personal account, added that he started withdrawing the money the second day.

“I put it in my account but we started withdrawing it the second day. I don’t see how it is their bussiness, where I put the money or not ” he said.

The APC leaders urged the governor to promptly investigate the graft in order to checkmate the alleged battered image of the local government council.

The party leaders alleged that the chairman on assumption of office last year refused to disclose the statement of Internally Generated Revenue(IGR)and other accounts.

Besides, they accused Akinkuolie of illegal diversion of all approved funds meant for the execution of projects in the local government.

The petition reads, “Against all norms,the chairman appointed himself the IGR committee chairman,thereby using his position to illegally enrich himself by appointing his cronies as consultants and revenue collectors.

“He also made unauthorised disbursement of N8.9m to his personal account which is against his oath of office”.

The party leaders demanded to know the statements of accounts of finances in the local government.

They urged Governor Akeredolu to set up an independent probe on the activities of the chairman to prevent mass protest by stakeholders.

Akinkuolie who confirmed that he made himself the Chairman of the IGR committee said it is not the bussiness of the party leaders whether he disclosed the council’s account or not.