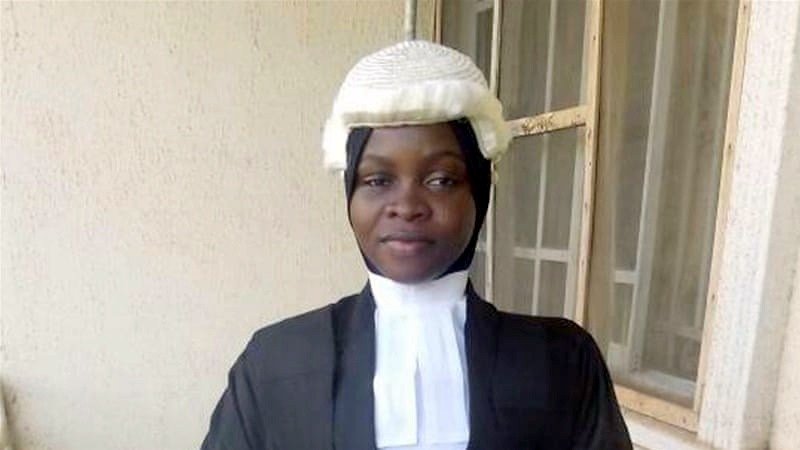 Amasa Firdaus, the Nigerian Law School graduate denied access to the venue of the call to bar ceremony has denied suing the House of Representatives or engaging lawyers as her counsel in any case.

National Secretary of the #Justiceforfirdaus Advocacy Group, Alaka Folashade In’amullah in a statement said that a video clip in circulation on the matter is fraudulent.

In’amullah stressed that the purported lawyer in the video, who claimed to be acting on behalf of Miss Amasa Firdaus, is unknown to them.

“We wish to state clearly and without any equivocation that Miss Amasa Firdaus did not file any matter at the Federal High Court Abuja or any other court whatsoever to stop the public hearing scheduled by the House of Representatives.

“The media report in the video clip can therefore be described as the figment of imagination of its peddlers.

“Once again for the umpteenth time, Firdaus is not looking for any cheap popularity and will only speak to the press when it is time. We wonder why the media will be interested in misrepresenting the facts and engaging in sensationalism.

“It is worrisome that (the lawyer) who was described in the video clip as a legal practitioner, would recklessly allow himself to be held out as counsel to Miss Amasa Firdaus in a matter he and his cohorts filed for whatever motive they wanted to achieve.

“We are equally not unaware of the efforts of some stakeholders, popularity-seeking opportunists and fictitious groups to frustrate the cause of justice on the issue of Miss Amasa Firdaus.

“We therefore once again reiterate our determination and commitment not to relent until justice is done,” In’amullah said.