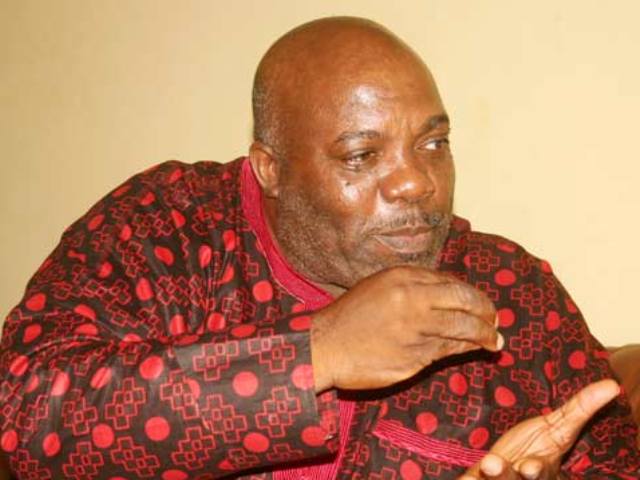 A former senior Special Assistant to ex-President Goodluck Jonathan, Doyin Okupe, has said that herdsmen killings going on in various parts of the country, are enough to send President Muhammadu Buhari and the All Progressives Congress, APC, out of office in 2019.

According to him, that was exactly how the APC used Boko Haram activities as a propaganda to see off the President Jonathan’s administration.

Okupe said he is not a fan of President Buhari and does not wish him and the APC well, adding that its not in his interest to help them out of the situation.

He wrote on Facebook, “In his administration, adding n the last few days i have sat back to reflect on the perplexing matter of the so called Fulani Herdsmen attacks nationwide.

“As an opposition politician it is a veritable political tool that if craftily manipulated and orchestrated in a sustained manner, is enough to send this Government packing in 2019.

“Just like Lai Mohammed and his team of propagandist hanged the Jonathan administration employing the Boko Haram insurgency and the dubious chibok girls affairs.

“I am not a fan of President Buhari and i certainly do not wish the APC well. So it is not in my interest to assist either to get out of an insolvable and potentially dangerous political quagmire.

“But this is our country and our fatherland. It must not always be an irresponsible and desperate struggle for power all the time at the expense of national cohesion and survival.
Something, to my mind just does not add up on this Fulani herdsmen attacks.

“The questions are: if the struggle is about feeding cattle, why burn farms and houses thereafter? How come this pattern is consistent everywhere. is there a script or operational guideline?

“The government itself initially believed this acts were committed by the fulani herdsmen in their attempt to secure the lives of their herds. Obviously the government sympathized wrongly with the herdsmen and this was responsible for poor official response to the attacks.

“However, the DSS, in their early brief to government, included a vital information ignored by virtually all of us due to the overwhelming emotion brought about by the numbers of people butchered and the dastard nature of the attacks. The preconceived notion of the bias of the administration in favour of the fulanis did not help matters.

“The DSS had suggested the infiltration of the country by agents and converts of the terrorist group ISIS.

“In my opinion the operative signature and character profile of the terrorists, we had named fulami herdsmen , fits no other group in the world but the ISIS.

“Typically the attacks are mindless, brutally vicious with no clear cut defined or obvious benefit to the attackers!!!.

“It is a fact that towards the twight light of the operative effectiveness of the Boko Haram insurgents, this new group ISIS, had emerged as a separate clearly defined entity within the Boko Haram Camp. As the number and strength of the Boko Haram became severely degraded, the ISIS components have centralized and adopted a more diffuse operational strategy, which is what the nation is currently witnessing.

“I also believe government has finally come to terms with this unfortunate reality, but in order not to create national panic have kept this to themselves. Hence the various military operations announced by the army covering the entire nation.

“While i appreciate the efforts of government not wanting to create panic, in this type of situation citizens watch and vigilance is extremely important.

“It is better we are well informed and multiple local based channels of communications be quickly established to assist the security agencies.

“It is my belief that this facts be made known to the public so as to douse the ethnic tensions and ill feelings pervading the polity presently.

“Personally we are in a state of national apprehension and this is not the fault of any government. Government need to open up and shed the image of entrenched nepotism if we must all fight this together in a non partisan manner.

“By the Grace of the ominipotent God, any group or groups that rises against Nigeria and its citizens shall fail and be destroyed in the mighty name of JESUS.”