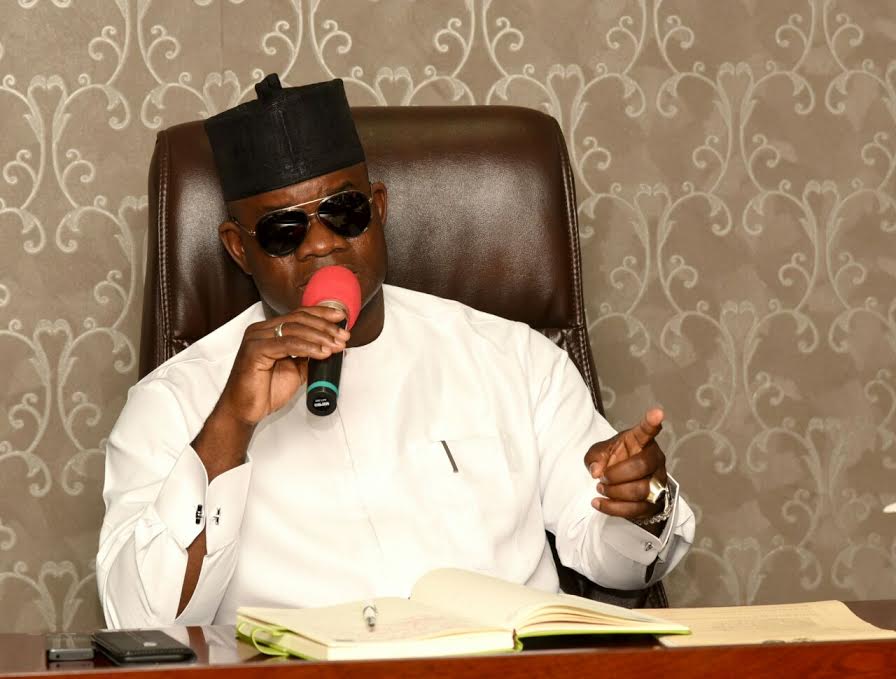 Kogi State Governor, Yahaya Bello has expressed “tremendous respect for the Catholic Community”, saying he will not do anything to disparage any religious organization.

He reaction followed condemnation of his attack on christian leaders who had complained of President Buhari’s style of governance.

The Bishops under the body of Catholic Bishops Conference of Nigeria, CBCN, had told the President that Nigerians were angry about alleged bad governance and imbalance in the system.

He said those who had looted the country’s funds that were angry because sources of their free money had been blocked by the current government.

On Saturday, Bello, through his spokesman, Kingsley Fanwo, said reports in the media that he disrespected the Catholic Community and its leaders was “another low by his detractors in their desperation to portray him as an irresponsible leader”.

“My statements to the press were well documented. I was critical of corrupt leaders who have been disconnected from the looting pipes. These are the leaders who are launching campaign of calumny against Mr. President.

“These categories of leaders belong to different faith and may attempt to mislead highly respected religious leaders into joining their antagonism towards the anti-corruption crusade of Mr. President. 2019 is a year of determination for our nation and I have no regret leading the charge for the re-election of Mr. President who had given hope to the hopeless in the society”.

Governor Bello charged religious leaders to join the President’s fight against corruption, insisting that no good religion has a place for corruption and corrupt people.

“The Catholic Church has done very well in promoting literacy and healthcare. I am quite familiar with a good number of Catholic Priests and I know their stance on the issue of corruption. Every church and religion must fight corruption because corruption oppresses the poor and destroy justice and fairness”, he said.