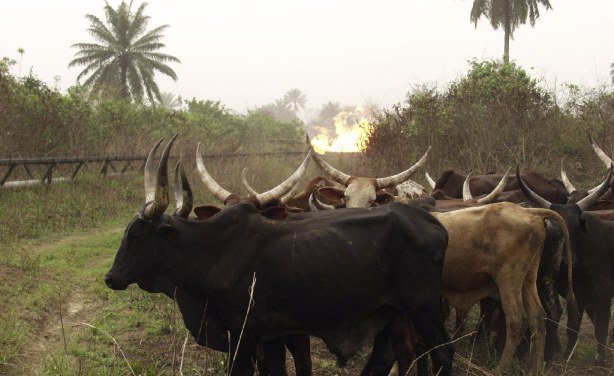 Vice Chancellor of Plateau State University in Bokkos, Prof. Docknan Decent Sheni, has cried out over the invasion of the school premises by Fulani herdsmen.

Prof. Sheni stated this yesterday during a press briefing at the University in Bokkos.

According to him, despite the arrest of Fulani herdsmen who carry out aggressive grazing in the university premises, the menace had continued unabated.

“There are security challenges in the university because the institution has not been completely fenced, we have seen several strange persons within the university who constitute threat to lives and properties.

“Our greatest challenge is the aggressive grazing carried out by herdsmen within the premises of the University. Lectures will be going on and cattle will be roaming around, up to the administrative block and this is not pleasant to the system,” he said.

Prof. Sheni revealed that the institution had lost two persons due to insecurity and that they were working hard to stop grazing in the University.

“We cannot allow that to continue because we don’t know the motive behind that, we have seen how people have been butchered in different part of the country by suspect herdsmen and we don’t want that to happen to any of us”, he added.

The VC said the University does not condone activities of cultism and vowed to expel any student found wanting.

He explained that the institution had suffered several executive inferences which constituted a clog on the wheel of development, saying it had operated for 12 years without accreditation.

Prof. Sheni noted that two set of students who graduated could not be mobilised for National Youth Service Corps (NYSC) due to lack of accreditation of courses by NUC until 2015.