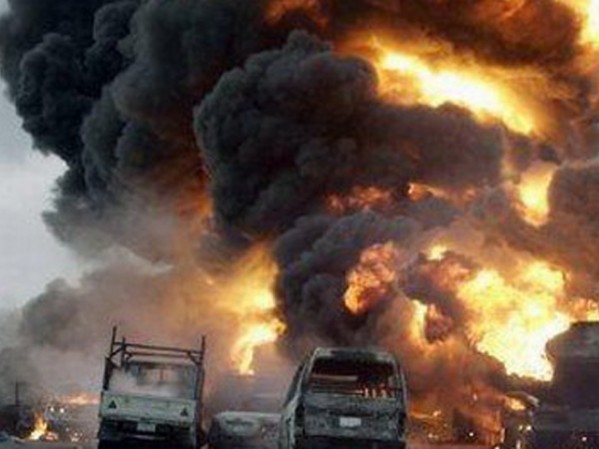 Four persons have been confirmed dead after a loaded fuel tanker was hit by a container-laden truck.

The accident occurred at Onigari Village, close to the Foursquare Gospel Church camp at Ajebo, along the Lagos-Ibadan Expressway.

It was gathered that the truck hit the tanker by the side and went up inf lames.

The Public Relations Officer, Ogun State Traffic Compliance and Enforcement Corps, Babatunde Akinbiyi, who confirmed the incident to Punch said the accident occurred at a point where the traffic had been diverted to a single lane.

Akinbiyi said the truck had hit the tanker by the side, and in the process, it burst the tanker open, with its contents gushing out and it caught fire.

He said, “Four persons have been confirmed dead in the inferno, as the truck was conveying some passengers.

“The tanker is still burning and there is gridlock on that axis of the expressway. It is terrible.”