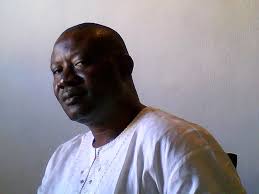 The death has been announced of Austin Mgbolu, former Nigerian Football Federation spokesman.

Mgbolu passed on in his home in Abuja Tuesday night after a brief illness, Complete Sports reports.

The cause of his death was however unknown as at the time of this report.

Mgbolu was also a seasoned journalist who worked with the defunct SportLlink. He is survived by family and friends.