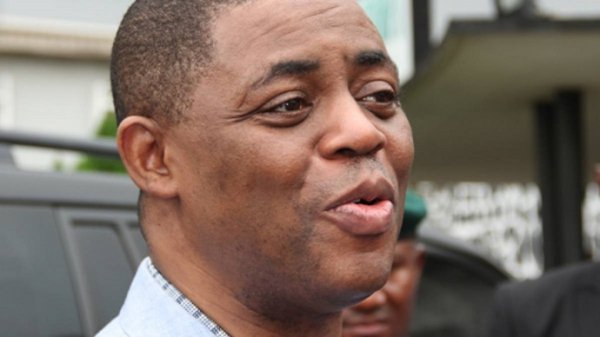 Femi Fani-Kayode, a former Aviation Minister on Tuesday applauded a House of Reps member, Boma Goodhead for daring the operatives of Department of State Services, DSS, to shoot her and others blocked from entering the National Assembly.

DSS operatives in company of other security outfits had condoned the National Assembly complex, on Tuesday.

However, Goodhead, who represents Asalga/Akulga federal constituency of Rivers State charged the security operatives to shoot those locked outside the complex.

Reacting to the Goodhead’s action, Fani-Kayode described the lawmaker as a heroin of democracy.

In a tweet, Fani-Kayode wrote: “Hon. Boma Goodhead, a proud daughter of the Ijaw from Rivers state and a member of the House of Representatives, standing up for democracy.