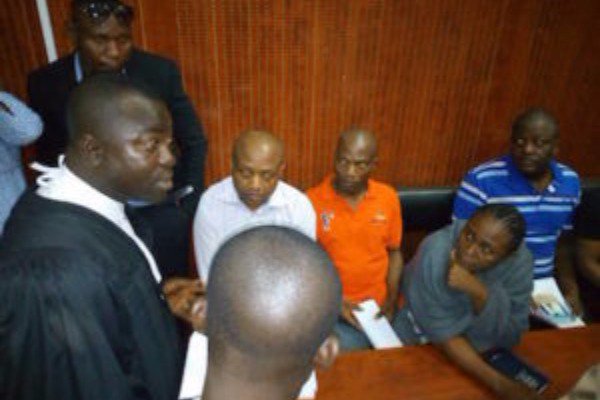 Director of Public Prosecution, DPP, Ms Titilayo Shitta-Bey, stated this while responding to Ogungbeje’s application seeking to quash the charges against Evans.

Ogungbeje however countered by saying “no, my Lord, the prosecution are the ones delaying their case. The prosecution knows what we want. They have filed multiple charges and even one of the charges they filed does not even have proof of evidence.”

He expressed displeasure at issues raised by the prosecution, accusing him of trying to stall the trial.

The defense lawyer maintained that the basis of his applications before the court is on the procedure applied by the prosecution in filing the charges against his client.

It was at this stage that the judge, Justice Oluwatoyin Taiwo, asked Ogungbeje what he wanted, remarking that one day trial will commence in the matter.

“I know that one day, one day we will hear this case,” the Judge said before adjourning the matter till March 21 to allow the prosecution file a fresh charge.