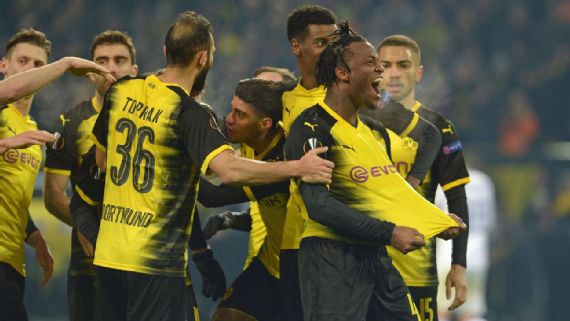 On-loan Chelsea striker, Michy Batshuayi, has said he is not thinking about his future.

The 24-year-old scored twice as Borussia Dortmund came from behind, to defeat Atalanta 3-2 in the Europa League on Thursday night.

“It was an important win for the team. We’re trying to win every match and to continue to our good run.”

“For me, it’s important to perform well for Borussia Dortmund in every match anew. I’ll deal with the situation as it comes.”

Since joining Dortmund from Chelsea on a €1.5million loan move until the end of the season, Batshuayi has scored five goals in three games.