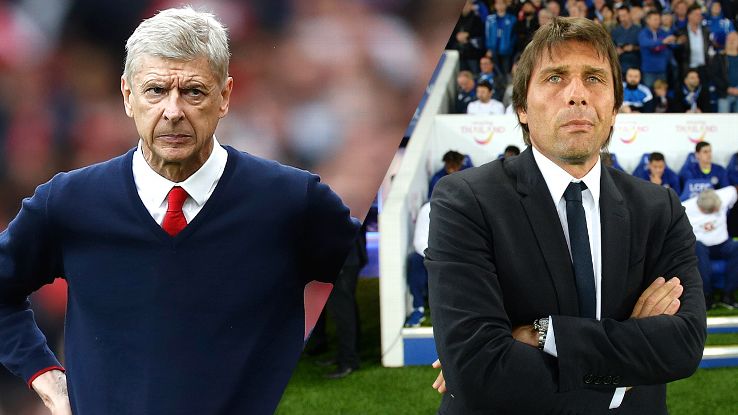 Arsenal have been told to replace manager, Arsene Wenger with Antonio Conte, should the Italian leave Chelsea.

Wenger signed a two-year contract last summer but many predict this could be his final season in charge at the Emirates.

For Conte, the Italian is on the verge of being sacked after a difficult start to 2018 and fractures in his relationship with his employers.

He told Sky Sports, “The day he [Conte] leaves Chelsea, if I was Arsenal, I’d be straight on the phone.

“Arsenal need someone like him. He upsets people but he wants you to play a certain way and he will make you rock solid at the back.

“As soon as Arsenal get rock solid at the back they will be a force.

“I think Arsenal would say ‘we will have you next season.’ I think they would be mad if they didn’t. Sooner or later it’s got to change, Arsene can’t [stay forever].

“These managers don’t come along too often in football. I think he ticks all the boxed I really do. Arsenal can’t keep on missing all these managers.”

Conte is widely expected to leave Chelsea this summer, if not earlier.