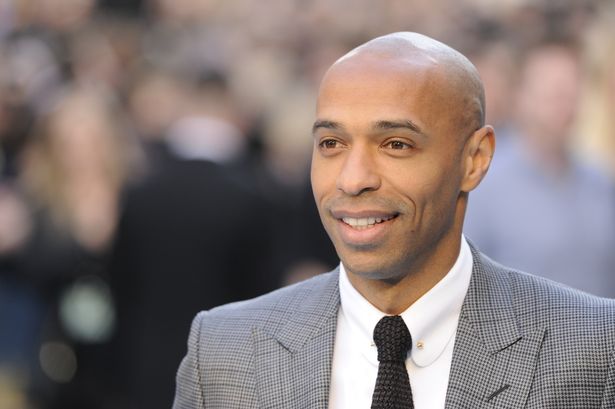 Arsenal legend, Thierry Henry, has advised manager, Arsene Wenger to try out a 4-4-2 formation following the signing of Pierre-Emerick Aubameyang.

The Gabonese arrival casts fresh doubt over Wenger’s faith in Alexandre Lacazette who has scored just once in his last 12 matches in all competitions.

But Henry, a former Gunners’ frontman, said Lacazette would benefit from playing alongside a strike partner to help ease the burden but doubts Wenger will revert to the system which brought him so much success.

The former Barcelona striker told Sky Sports, “In my day we played a rigid, flat 4-4-2 and that was it.

“I don’t think Arsene will go back to that but why not? “Sometimes when Giroud came on as a sub, Lacazette moved out to play on the right or left.

“I don’t think he’ll do it at the beginning of a game but why not going back to two up front?

“The only thing I’m thinking is we always talk about supporting cast and it’s better to have two strikers and three and four guys that can help, but where does Lacazette fit into that?

“He was like the next best thing and came with a big transfer fee like Aubameyang too, so hopefully they can play at times together up front.”