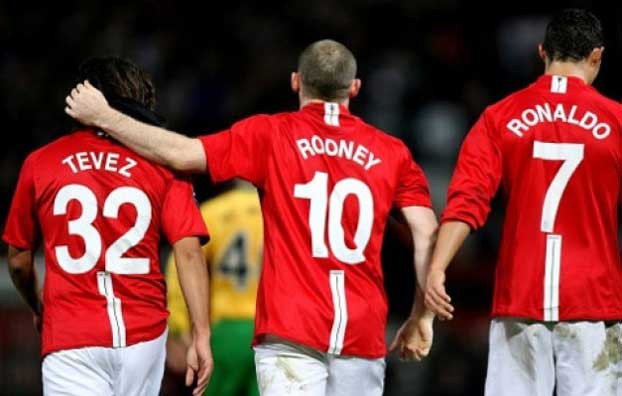 Wayne Rooney has revealed that Argentine striker, Carlos Tevez was his preferred strike partner at Manchester United ahead of Cristiano Ronaldo.

Tevez won the Premier League with Manchester United on two occasions, as well as the Champions League, during his two seasons at United.

Rooney said he flourished the most when he was playing alongside the Argentine.

He told Sky Sports, “Tevez would be my preferred partner.

“We suited each other’s games. Louis Saha was brilliant as well but the thing with Tevez we worked off each other and we’d stick with each other.

“He’d go around and I’d go behind. I’ll always remember it must have been horrible for defenders to face. When we haven’t got the ball we’d be in their face.

“There was a lot talk when he signed that we wouldn’t be able to play together. We hit it off from the start and played well together. I really enjoyed playing with him.”