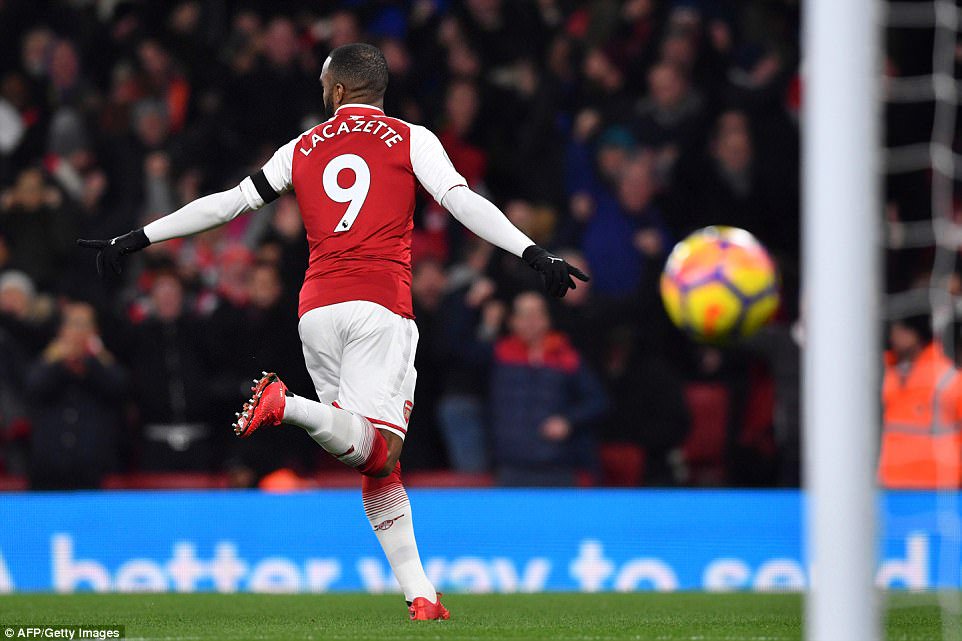 Arsenal have confirmed that striker, Alexandre Lacazette will be sidelined for up to six weeks after undergoing surgery on his knee.

A statement from the club on Tuesday revealed that: “Striker Alex Lacazette had an arthroscopy on his left knee in London on Tuesday morning.

“The minor procedure was a success and he will now undergo a period of rehabilitation. It is envisaged that he will return to the squad within four to six weeks.”

Lacazette’s injury came suddenly leaving Arsenal with a shortage of options up front, having opted to sell Olivier Giroud to Chelsea in the January window.

This means the Gunners will be without a striker for their Europa League campaign since former Borussia Dortmund man, Aubameyang is ineligible to play in the competition.

Wenger is likely to call Eddie Nketiah back to the first team for Arsenal’s Europa League run against Ostersunds FK on Thursday night in Sweden.