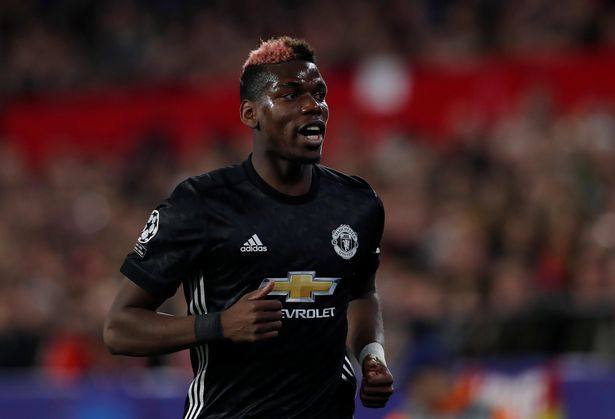 Former Manchester United star, Paul Parker, has launched a blistering attack on Paul Pogba, claiming his obsession with haircuts has made him a football joke.

Parker, speaking to 888sports, also claimed Pogba was not in the same league as Manchester City rival, Kevin de Bruyne.

This comes three days before the Manchester Derby at The Etihad, where a win for Pep Guardiola’s men will confirm them as Premier League champions.

“The difference between Pogba and De Bruyne could end up a nineteen point gap by Saturday night.

“We’re talking about potential up against class. There are good players but to become a great player you have to do it consistently week in and week out and that’s what de Bruyne does.

“Can Pogba become the player he wants to be? He can but his priority has got to be his football – that should stick out more than his hair.

“It’s fine to have all the haircuts and emojis and whatever but to earn all that go and do your talking on the pitch week in, week out.

“Everybody knows he can do it because everybody saw him at Juventus. He was fantastic in that style of play and the players around him helped him.

“Just go out there and become a player first then you can do what you want with your hair because people won’t notice anyway because they’ll only see the player.

“De Bruyne doesn’t do anything with his hair and he doesn’t have an emoji: he’s playing football and when you talk about the best five players in the world you’ll mention Messi, Ronaldo, Salah and De Bruyne.

“When you mention Pogba people will have a little bit of a laugh then talk about his hair and the problems he has with Mourinho. That’s not really what he should be known for when you cost £89m,” Parker said.