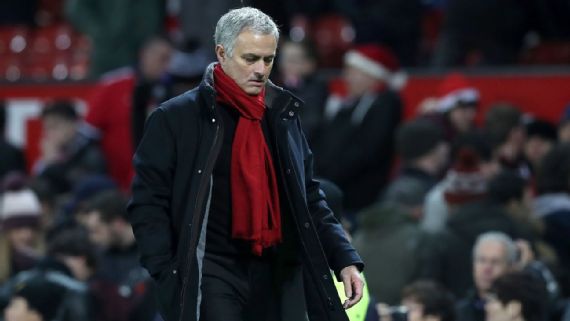 An insider at Stamford Bridge, told The Mirror Chelsea problems came as a result of Antonio Conte’s feud with Jose Mourinho.

The reigning Premier League champions have endured a difficult spell, with a 3-0 home defeat to Bournemouth in midweek which was followed by Monday night’s humiliation by Watford at Vicarage Road.

The Blues had earlier exited the League Cup in the semi-final to Arsenal and had a run of five draws from the turn of the year.

The patchy form has coincided with a spat between Conte and former Chelsea manager Mourinho.

The pair exchanged barbs with the former Juventus boss referring to the Portuguese as “fake” and a “little man” after the Manchester United boss brought up allegations linking Conte to match-fixing.

The Mirror reports that some officials at Stamford Bridge believe Mourinho’s comments got under Conte’s skin and have had an impact on results.

It’s also claimed that club owner, Roman Abramovich wants Conte to end his war with Mourinho so that he can return his full focus to his team.