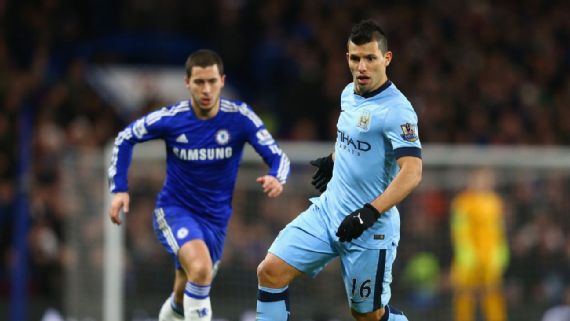 Manchester City are ready to rival Real Madrid’s interest in Eden Hazard, but would have to shell out a British record £150million to sign him from Chelsea.

According to the Daily Star, Chelsea are desperate to hold on to Hazard.

However, so far, negotiations over a new deal for the Belgium midfielder have ended in deadlock.

Hazard’s current contract expires in another two years and the Blues would be reluctant to strengthen a Premier League rival.

But it is understood that they might consider doing business if City include Sergio Aguero in the offer, with Roman Abramovich believed to be a big fan of the Argentine striker.