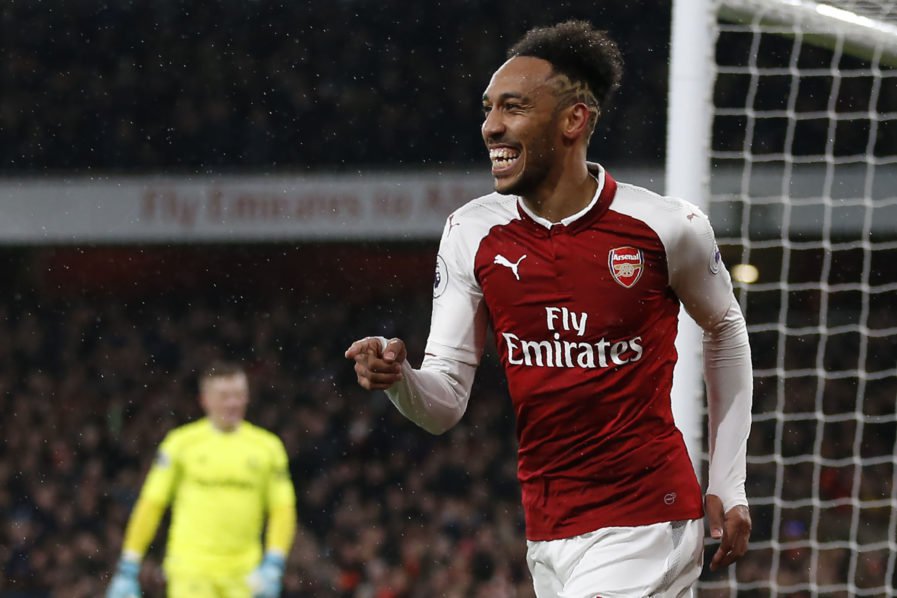 Striker, Pierre-Emerick Aubameyang scored a goal in his Arsenal debut against Everton in the Premier League on Saturday.

The Gabonese international scored the team’s fourth goal in the 37minute.

Arsenal stars, Aaron Ramsey scored three goals (6, 19 and 74mins) and Laurent Koscienlny also scored a goal(14min), While Everton’s Dominic Lewin scored a goal in the (64min) for the visitor.

The game eventually ended in favor of the home team as the North London club thrashed Everton 5-1.

The Arsenal number 14 man, who shook off an illness to start at the Emirates Stadium, needed only 37 minutes to showcase the predatory instincts that made him such a hit in the Bundesliga.

He raced onto Henrikh Mkhitaryan’s pass and clipped a deft finish over Everton goalkeeper Jordan Pickford before soaking up the acclaim of his new fans.