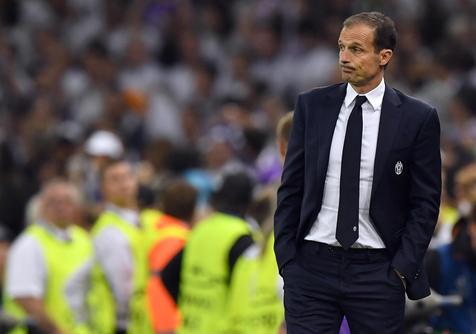 Former Arsenal player, Paul Merson will end up like Arsenal if they go ahead and hire Juventus manager, Massimiliano Allegri as replacement for Antonio Conte.

He expressed the fears that the Blue would not be in the Champions League for a longtime just like Arsenal.

He also fears that the likes of Eden Hazard and Thibaut Courtois would leave the club this summer.

The Premier League champions are now eight points behind Tottenham in the race for fourth place.

Manager Antonio Conte looks set to depart in the summer and there are reports that he could be replaced by Allegri.

Merson said the Italian would bring more woes to the Stamford Bridge outfit, adding that he will run Chelsea like Wenger does at Arsenal.

He told Daily Star, “Antonio Conte is on his way out, but I can’t see the owner spending bundles of money in the summer.

“I can see Eden Hazard and Thibaut Courtois leaving.

“These are worrying times for Chelsea. I don’t see any way back for them. I think they’re going to be also-rans again next season.

“Other teams have come flying past them and will only get stronger. Tottenham and Liverpool are already ahead of them.

“Manchester United will spend big again. I don’t see City dropping out of the top four either, so Chelsea could be out of the Champions League for years to come in my opinion – just like Arsenal.

“Allegri might help. He’s a good manager. But he comes from a league which is nothing like ours and there are no guarantees he will be a big success.

“It’s not the manager you have to worry about though. It’s the owner. He doesn’t seem to want to back his team in the transfer market.

“It’s a big worry because that Chelsea team isn’t good enough and whoever takes over from Conte in the summer is going to realise that pretty quick.”