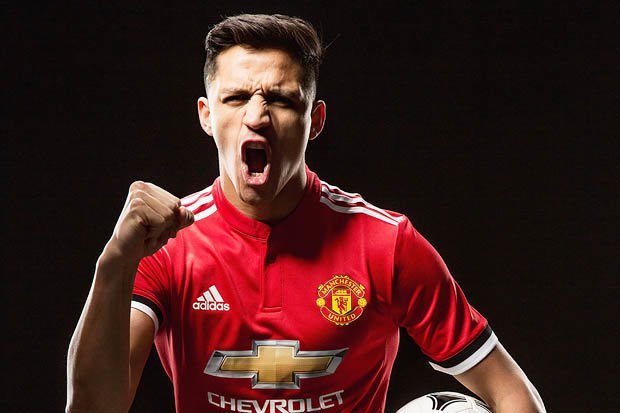 Alexis Sanchez says Manchester United are the biggest club in England and he has joined them to “win everything”.

In an exclusive interview with Sky Sports’ Thierry Henry, Sanchez said he has realised how massive United are, since he joined from Arsenal last month.

“I think that Manchester United, since I was young – and I’m not just saying this because I’m here, I’m an honest guy and I never lie – I think it’s the biggest club in England. That’s what I think.

“There are lots of big clubs, and having played for Arsenal, they are also one of them. It’s a huge club and I was there.

“But coming here, looking at the badge, I think United have to win everything because it’s such a big club. The club crest says it all,” Sanchez said.

Sanchez moved to United in a swap deal for Henrikh Mkhitaryan, though Premier League leaders Manchester City were also interested in the Chilean. But he insists he wants to win “everything” at Old Trafford.

“I came here to win [things]. I left Arsenal because I wanted to develop and learn as a player, and get to experience a new club.

“Manchester United are a huge club on the global stage. I came here to win everything. Otherwise I wouldn’t have come here,” he added.