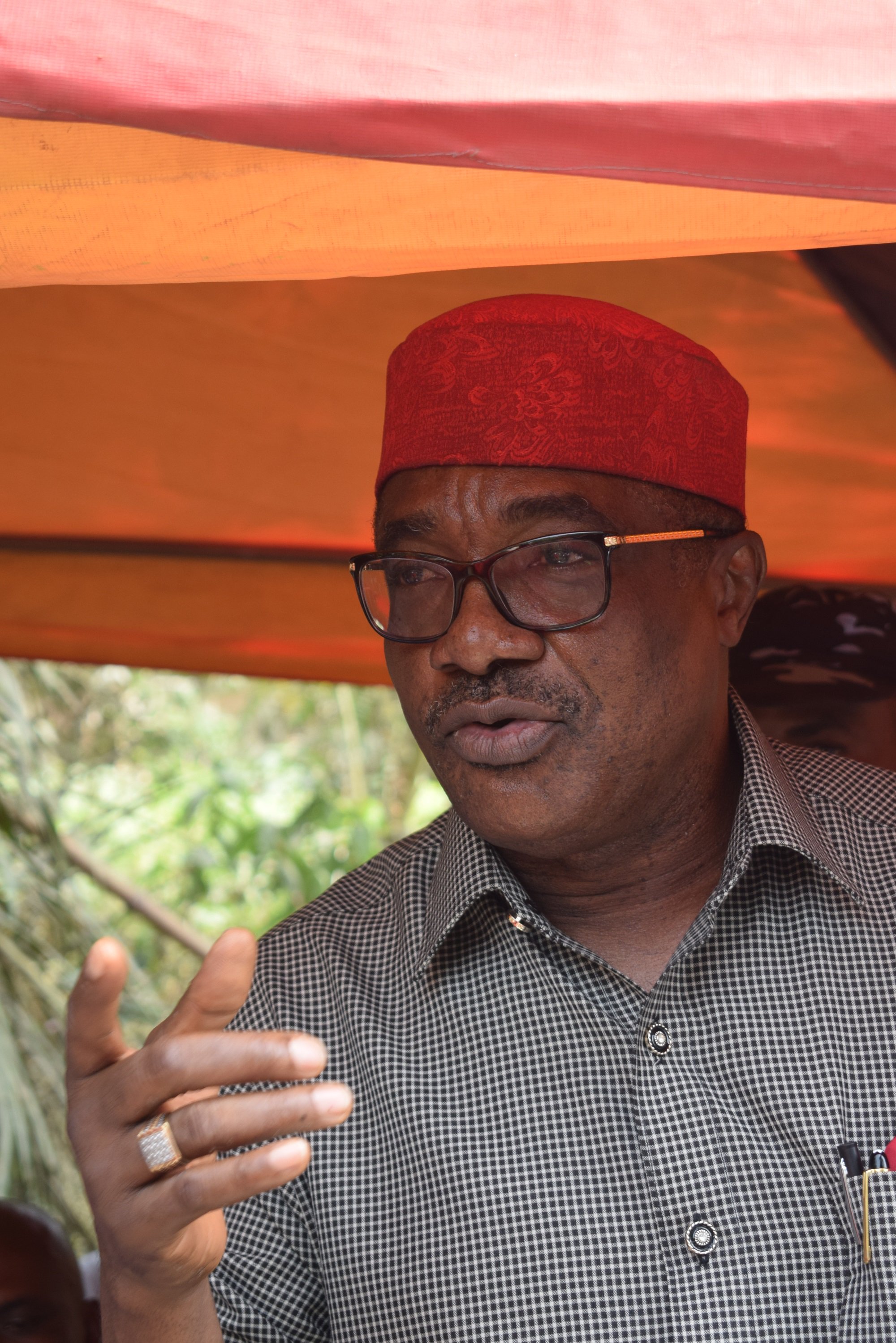 Senator Mao Ohuabunwa, the lawmaker representing Abia North Senatorial district at the upper chambers of the National Assembly has denied reports that he empowered his constituents with frying pans and camp gas.

Ohuabunwa described the report making the rounds on social media as mischievous and deliberate spread of falsehood.

In a Statement through his Special Assistant, Uche Okoli, the lawmaker said the report was a misrepresentation of what happened.

According to the Statement, the Senator conducted a skill acquisition training programme in 2017 which was handled by Small and Medium Enterprise Development Agency (SMEDAN), after which each person was equipped with the necessary tools needed in the area of training with a financial support of up to N50,000.

He said, “Politics of lies and falsehood only makes a mockery of the individuals involved, the picture being peddled around only tells a part of the story.

“In 2017, the Distinguished Senator Mao Ohuabunwa in line with his commitment to teaching Ndi Abia North to fish instead of giving them fish, embarked on Skill Acquisition Training programme for Abia North Women and Youths in Partnership with Small and Medium Enterprise Development Agency (SMEDAN) and part of the skills included making pastries; the beneficiaries chose the skills themselves.

”After the training they were given working tools and grant to start up the business with a firm commitment from Senator Mao Ohuabunwa to facilitate access to SMEs loans as the business grows from subsistent stage to SME,”

Okoli further noted that the picture trending o social media ‘”s only an edited part of the story to suit the narrative from the usual suspects to achieve an agenda best known to them.

“We are not bothered about the narrative these individuals are pushing, the distinguished senator cannot be distracted, his focus on empowering the people of Abia North is already paying off as these women empowered with these equipment are very grateful and they are already impacting positively to their families.

”Other youths who were also trained in Solar Power and other skills are bringing in results,” he said.