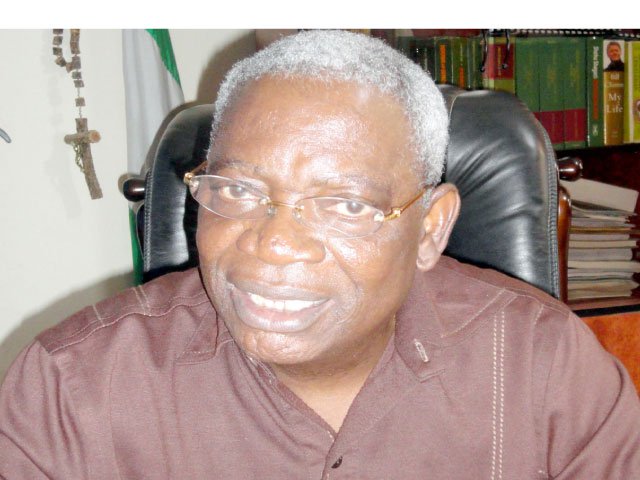 A former member of the National Assembly Senator Joseph Waku says Ekiti state governor, Ayodele Fayose is in control of police in his state.

Waku, who said Fayose locks anyone he hates in police cell, insisted that Nigeria is not matured for state police.

“On state police, Nigeria has a problem”, he told Vanguard.

“Let me give you a typical example. Ekiti State, is a police state. Whoever the governor hates, he just locks up.

“But in an ideal situation, state police is the best because they will be more familiar with the terrain. But with political maturity, we will get there.

“Nigeria is getting to that maturity stage, sometimes circumstances force you to be mature. I think we are getting there,” Waku said.

On Federal Government’s plans to establish cattle colony, Waku stated that it is a stupid thought.

“That is the most stupid and idiotic thought; very irresponsible thought. What is wrong with ranching? America has one of the biggest land mass in the world, yet you do not see cows on the street.”

Meanwhile, Vice President Osinbajo has admitted that state policing system was the only way to go in the wake of the security challenges in the country.