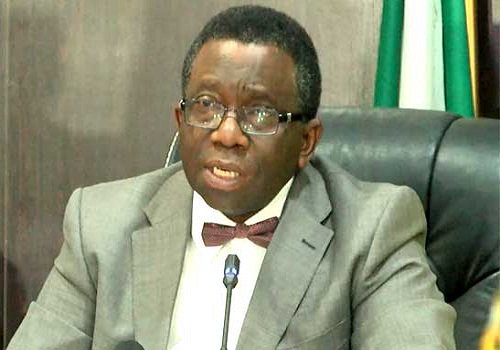 The federal government has unveiled a new national policy for controlled medicines as a step towards ensuring their availability for scientific and medical use while preventing their diversion and abuse among youths in the country.

DAILY POST reports that a controlled medicine is generally a drug or chemical whose manufacture, possession, or use is regulated by government, such as codeine, tramadol etc.

At the unveiling ceremony in Abuja on Monday, the Minister of Health, Prof. Isaac Adewole, decried that the unavailability of controlled medicines, especially opioid analgesics, for scientific and medical use while they are accessible to youths across the country who abuse them daily.

He explained that the new policy addresses the issues of stigma and fear associated with the use of some controlled medicines and also provides opportunity to build capacity of health care providers in rational use and handling of the medicines.

Adewole further said that “the policy offers protection to patients and healthcare professionals within the framework of existing laws and policies as well as a five year strategic plan of action to implement it from March, 2018.”

Earlier in her remarks, the Director-General, National Agency for Drug Administration and Control (NAFDAC), Prof. Moji Adeyeye, reiterated the federal government’s commitment towards ensuring that drug abuse among is brought to the barest minimum in the country; adding that her agency would launch a nationwide campaign against the menace next month to take the message to the streets that drug abuse comes with consequences.

She said: “The best way to reduce dependence is by prevention. That is where our ports inspection directorate would play a great role by plugging all the loopholes at our borders and also arresting offenders and prosecuting them.

“But more importantly is campaign among our youths. We need to let our youths know that abusing drugs is not cool. So, it is prevention, in terms of entry into the country and discouraging young ones from using drugs.”