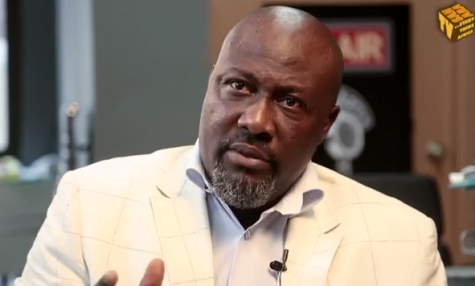 Senator Dino Melaye stormed a High Court of the Federal Capital Territory (FCT) sitting in Maitama, Abuja, yesterday to personally collect the charge sheet of the alleged false information he was said to have provided to the Nigeria Police in the attempted assassination on his life.

The federal government, through the office of the Attorney-General of the Federation and Minister of Justice, filed a criminal charge against the senator for allegedly misinforming and misleading the police by reporting assassination attempts on his life.

Speaking with journalists at the court premises, the Senator representing Kogi West, said he was in court to collect the charge sheet to avoid being accused of evading service of court process after a court bailiff had sworn to an affidavit, alleging he did not want to be served.

When asked of his perception of the charge against him, Melaye simply said, “the charge is frivolous”.

He said as a law abiding Nigerian, he has no reason to evade service and therefore, was in court so that he can be personally served.

“Basically, I was told by a staff in my office that a bailiff was in my office last Friday to serve me some processes and they told the bailiff I have not been around. That was the only time any bailiff came to my office.

“So, I informed my lawyers, who actually came to court to verify. They were told that they swore to an affidavit that he had been to my office three times and did not find me and that the motion for the charge was moved and granted.

“I am a responsible Nigerian. I am not afraid to face trial and I believe in the judiciary in this country. I believe in the court. I am here and have been duly served. I want to say that at the the end of the day justice shall prevail”, he said.