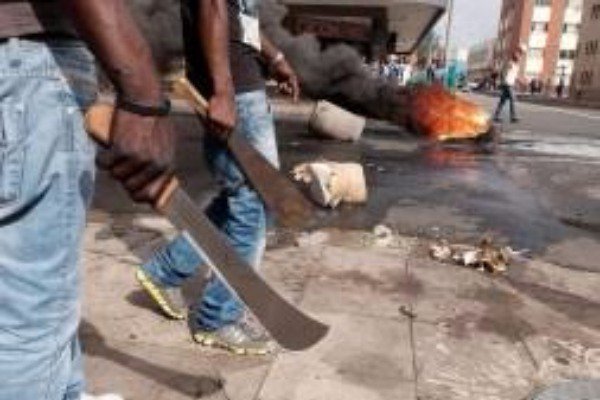 The government and security agents in Ondo state have been alerted on a looming re-occurrence of deadly cult clash in Akure, the state capital.

Youths in the state capital under the aegis of the Akure Youth Coalition (AYC) , in a statement in Akure on Tuesday said cultists are regrouping at a motor park around NEPA roundabout.

The youths in a statement signed by the President of the AYC, Comrade Adekanbi Oluwatuyi, alleged that cultists has started stabbing and injuring themselves at the NEPA roundabout at night after drinking mixed drugs called SKUCHY.

He said, “For upward of a month or more, we have reported to necessary authority and respected individual to come to the aid of Akure people before the situation gets out of hand.

“Over 8 months we have not heard of any gun short or killings in Akure compared to our neighbouring community. Kudos to His imperial Majesty, the Deji of Akure kingdom and all the members of Akure community defender that took the bull by the horn without considering the consequence to themselves

“Now, another crisis is looming which I doubt its countless number of victim we may likely going to have

“Exactly at NEPA roundabout at the new mimiko’s car park. That is now the new center where the young Akure youth converge irrespective of their cult groups and religious background to consume what they called SKUCHY (Science student chemical composition) SKUCHY is a combination of Indian herm and several other deadly drugs with flavour to give it a better aroma

“Everyday at that spot they end up in stabbing and chasing themselves around with planks and cutlass. Girls are under the watch than the boys

“All these young sharps were under the influence of alcohol. If this persist, expect cult rivalry activities soonest in Akure again. ”

The Youth group also lamented the alleged invasion of Hausa and Fulani in Akure metropolis, adding that colonies are already being established stylishly.

“Also in the last two months, three different trailers full of Hausa and Fulani’s arrived Akure metropolise and they are now taking their destination from here while most of them still resided at shasa and the Fulani took their location to gaga where they have their colony, same colony that we rejected on verbal agreement with the government here

“All government reserved in Akure are were filled up with Fulani and all the major entrance to Akure from Owo, Ondo , Idanre are Occupied by the Hausa’s. A stitch in time they say, saves nine, “the group alleged.