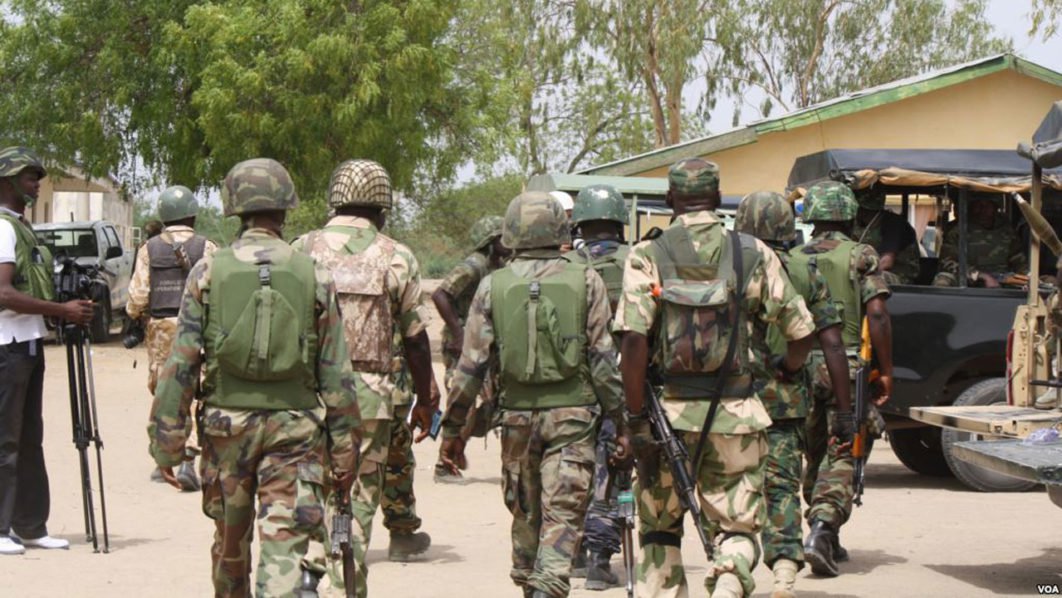 A 63-year-old man, Ologunmeta Akinwumi and Folusho Falodun, aged 53, have been remanded in prison for beating a 72 year old soldier, Pa. Ilesanmi Adebayo in Akure, the Ondo state capital.

Akinwumi and Falodun were arraigned before a Chief Magistrate Court, Oke Eda Akure on two count charges of conspiracy and attempted murder.

The duo were arrested last week after beating up the 72 year old Adebayo during an argument over the family’s property.

Akinwumi and Falodun alongside others who are allegedly at large reportedly beat the old man by hitting stick on his head.

The duo were accused of beating the old man to comma.

The old man has been in comma since January 26 when the incident occurred.

The charges sheet reads “That you Ologunmeta Akinwumi, M, Folusho Falodun, M, and others at large on the 26th January, 2018 at about 5:10 at Irowo Street, Akure in the Akure magisterial district did conspire with one another to commit felony to wit attempted murder and thereby committed an offence contrary to and punishable under section 516 of the criminal code cap 37 Vol.1 Laws of Ondo state of Nigeria, 2006.

“That you Ologunmeta Akinwumi, Folusho Falodun and others at large on the same date, place and time in the aforementioned magisterial district did attempt to kill one Ilesanmi Adebayo by beaten him with stick to coma and inflicted injury on his head and thereby commit an offence contrary to and punishable under section 320 (1) of the criminal code cap 37 Vol. 1 Laws of Ondo state of Nigeria, 2006.”

The Police prosecutor, Inspector Martins Olowofeso told the court that there are six witnesses to the matter, adding that the court should fix a date to access the state of the health of the victim in the hospital.

Counsel to the defendant, Adelanke Akinrata argued that since the suspects are still innocent until proven guilty, they should be admitted bail.

But, Counsel to the Plaintiff, Kehinde Aladeduntire submitted that, although, the court was at liberty to use its discretion on granting bail, the enormity of the crime must be considered.

Aladeduntire pleaded with the court to consider the critical situation of the old man in comma and dispense justice judiciously, stressing that prayers were still on so that the case will not turn to murder.

He informed the court that some of the witnesses who were members of the victim’s family were daily threatened on the phone with death.

In her ruling, Chief Magistrate Victorial Bob-Manuel ordered that the suspects should be remanded in prison custody till February 21.

She said the court will take application for bail on the adjourned date.