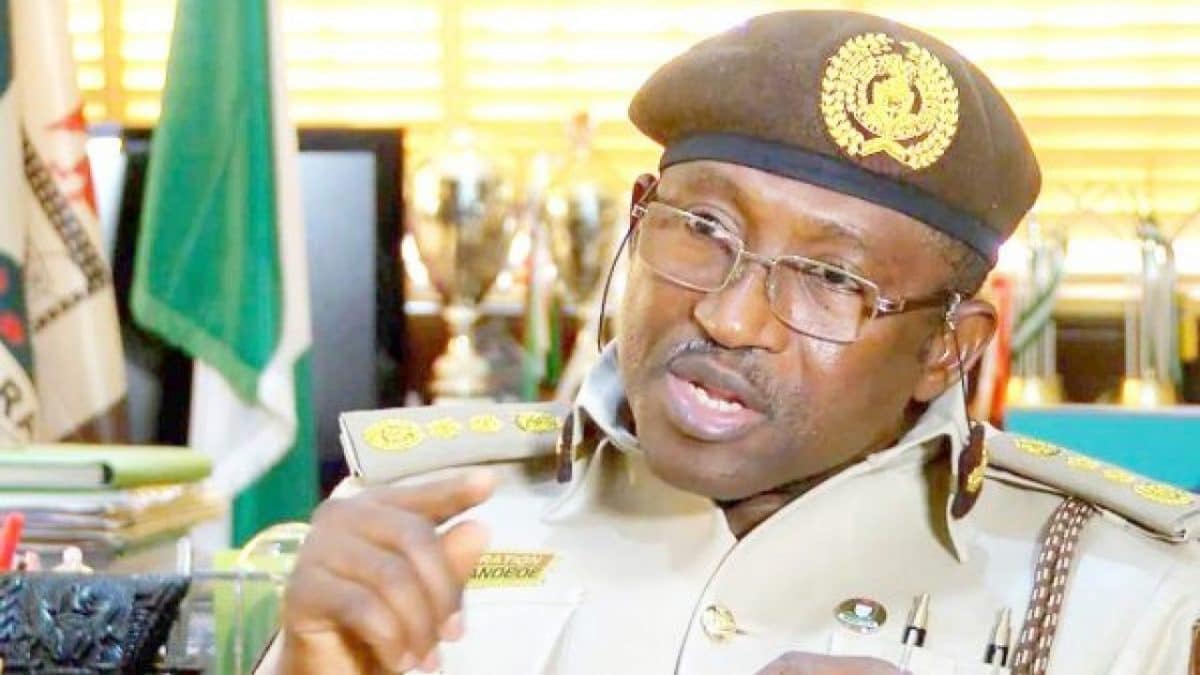 The Comptroller General, Nigeria Immigration Service (NIS), Mr. Muhammad Babandede, has warned officers and men of the service to shun corruption and deliver selfless service to the nation.

Babandede, who gave the warning in Benin on Thursday at the Comptroller General Annual workshop, added that the officers and men should adhere strictly to paramilitary ethic of discipline.

He said that it was only a disciplined service that can help in eradicating any form of corruption, saying that it would help deliver in terms of the NIS mandate.

“We must all remember our vision where we want to be: a modern, peoples oriented, effective and efficient immigration service, manned by well trained and motivated workforce.

“You must assume leadership in your space of influence as my deputies, assistants or Comptrollers of commands.

“You know very well that each one of you is the CG in your various locations. You must prove that you are capable of taking the mantle of leadership from me.

“I have tried my best by training each and every one of you to succeed me by giving you specialised training on leadership, social and emotional intelligence,” he said.

“In the last few years, we have built new commands, barracks and above all, we hope to commission our N7.4 billion Technology Building next year.

“You will bear with me that NIS is already in the next level. Please do not relent in this development if you take over from me next year when I clock 35 years in service,” he said.

He cautioned the officers and men to avoid a succession war by attempting to damage one another, saying that such action would only affect the image of the service and the country at large.

In attendance were Gov. Godwin Obaseki of Edo, Minister of interior, retired Comptroller Generals, Deputies and Assistant Comptrollers General among others, NAN reports.