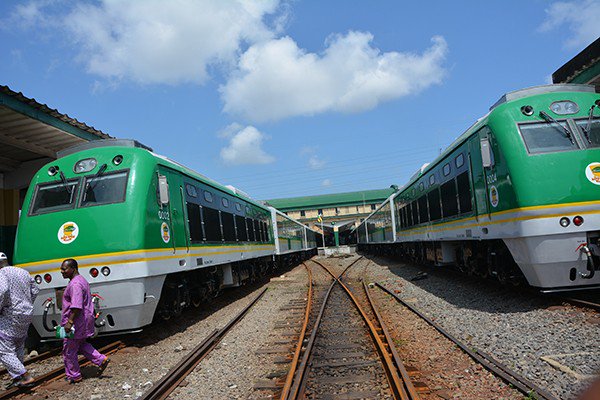 Passengers of Abuja-Kaduna train services have expressed mixed reactions over the increase in fare which took effect from Feb. 1.

Some of the passengers who spoke to newsmen in separate interviews on Friday in Abuja said the motive behind the establishment of the railway had been defeated by the hike.

The old fare for executive class of the Nigeria’s first high speed rail system was N1,500 while the standard class was N1050.

With the introduction of express train, the fare was increased to N3000 for executive class and N1,500 for standard.

The fare for the executive class of regular shuttle train was increased to N2,500 and N1,300 for the standard class.

Mr Ibrahim Bello, a Civil Servant who bought an executive class ticket said the whole idea behind the train was to decongest Abuja by encouraging people to live in Kaduna and come to work in Abuja.

He said the current fare, when multiplied by five working days would discourage workers from taken such decision.

Bello said not many Nigerians could afford the fare and government should design a method to subsidise it.

He added that train, in many climes were designed for the masses and not as a source of revenue generation.

“ I do not think that the decision to increase the fare is good enough. Though I can afford it, but a lot of people cannot and I think the aim of establishing the rail system is now defeated.

“It was meant to assist the masses and decongest Abuja for people to leave inKaduna and work in Abuja on a daily basis, but with this price now it is not possible.

“Multiply the N3000 or N1,500, as the case may be by five working days in a week for one month, you will realise that it is on the high side.

“Government should subsidise it for the masses and drop the plan for making it a profit making venture,’’ he said.

Speaking in the same vein, another passenger Miss Salimah Nuhu, said the price hike was not in the interest of the common man stressing that the express train was too expensive.

She said government policies, programmes and services must be to serve the masses and not only the rich.

Nuhu also expressed her displeasure over the service at the Kubwa train station alleging that it was not organised when compared to the Idu station.

“At Kubwa station, passengers are subjected to the rigour of standing and waiting for a long period of time on queue before getting tickets,’’ she said.

A passenger, Mrs Helen Olayioye, on the other hand, expressed her satisfaction with the train service in spite of the increase in fare.

According to her, going to Kaduna by road from Mabushi cost N2000 with the attendant risks of reckless driving, overloading and insecurity.

Olayioye said that the train service was more comfortable, secured and safe.

`I am okay with the fare compared to going by road.

“The driver will delay, overload the vehicle and you will not be comfortable.

“But by train, they keep to time, no delay, no rough driving and it is safe,” she said.

NRC official, who spoke to newsmen on condition of anonymity, said the increase in fare which took effect from Feb. 1, was due to the cost of maintenance.

He said, till date, the organisation was still running at a loss considering the cost of diesel being used at the nine stations.

He said the charge for excess luggage was N7.5 and it applied to luggage above 50kg.