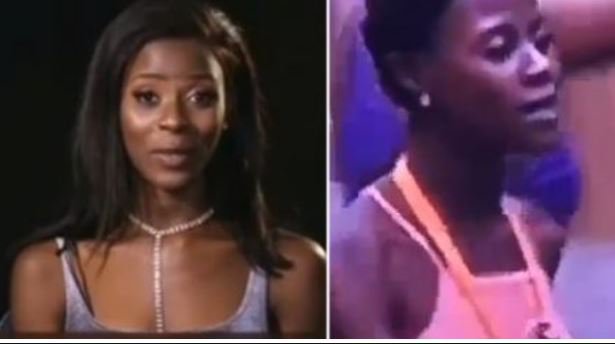 Big brother Naija 2018 housemate, Abiri Oluwabusayo Khloe, AKA Khloe, seems to be on the news again.

This time around she exposed her bare breast to viewers at the early hours of Monday.

However, there was a twist in the event of her breast exposure as Kbrule who was sleeping on the same bed helped to cover her later with a duvet.

This stirred up arguments on social media as viewers accused Kbrule of touching her breast while others commended him for covering her up.

@ayomi “Kbrule actually helped Khloe to cover her breast!!! But how did he notice self

@BBNaija2018 “Did you watch from when Kbrule laid on the bed? They first had their own round before leolex. Wow Kbrule smooched and fingered Khleo confirmed, Who saw the duvet come off with her boobs exposed now

@samuelesu “Dis K Brule is just a dickhead. how can you be tryna touch a girl’s breast without her consent? Dnt Kemen her and rubbish your name ooo

@james6feet “I think Brûlé just made a move and Khloe vexed