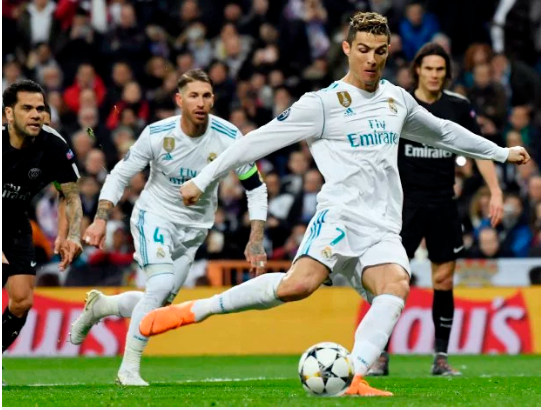 The Portugal forward converted a powerful spot-kick in the first half to draw Real Madrid level, but the ball appeared to have bounced before he struck it.

Replays showed the force of Ronaldo planting his left foot seemed to cause the ball to flick up, before the attacker let leash with his right boot.

Ferdinand insisted that Ronaldo used to practise the spot-kick style in Manchester United training while he was at Old Trafford.

Ferdinand said he witnessed Ronaldo doing the exact same penalty technique during his days as a Red Devil.

He told BT Sport, “He used to do that in training, you know.