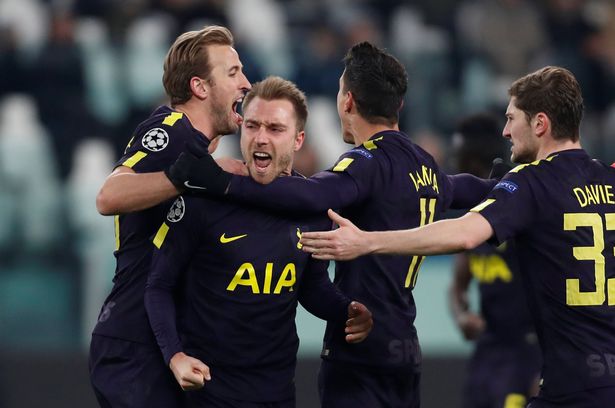 Tottenham Hotspur manager, Mauricio Pochettino, has hailed his team after they staged a remarkable Champions League comeback against Juventus on Tuesday night.

The Serie A champions were two goals up in the opening 10 minutes, thanks to a Gonzalo Higuain brace.

But Harry Kane pulled one back for Spurs, before Christian Eriksen fired an equaliser.

“I feel so proud. We showed great character against a team that played two finals in three years, with amazing experience on the pitch.

“We are a young team in this competition. To show that performance is to be proud and to congratulate the players because they were fantastic.

“To go two nil down and then scored twice against a team with great experience and great players. It’s never easy. Then we dominate possession and force them to play deeper, only use the counter-attack to create chances. Not many teams come here and dominate Juventus.

“I am happy because the tie is open. The second leg will be fantastic the atmosphere will be great and our fans hope to go to the quarter finals and it is there, only 90 minutes away,” Pochettino said.