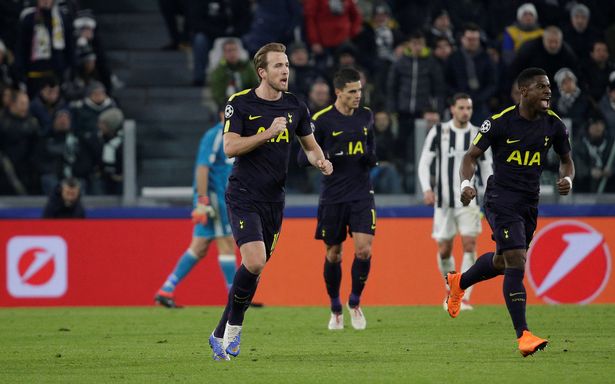 Tottenham Hotspur produced a stirring comeback to hold Juventus to a 2-2 draw in Turin on Tuesday night.

The Premier League side overcame a tough start to the game, that saw them concede twice in the opening 10 minutes of the encounter.

Gonzalo Higuain’s quick-fire brace appeared to have sunk Spurs and the Argentine striker missed a chance from the penalty spot to claim his hat-trick, before Harry Kane pulled one back.

Mauricio Pochettino’s men continued to create chances in the second half and were rewarded with the equalizer. Christian Eriksen stepped up to take a free-kick and drilled his shot into the bottom corner past Gianluigi Buffon.

The return leg comes up in two weeks at Wembley Stadium.

In the other fixture of the night, Ilkay Gundogan scored twice as Manchester City crushed Basel 4-0 in Switzerland.