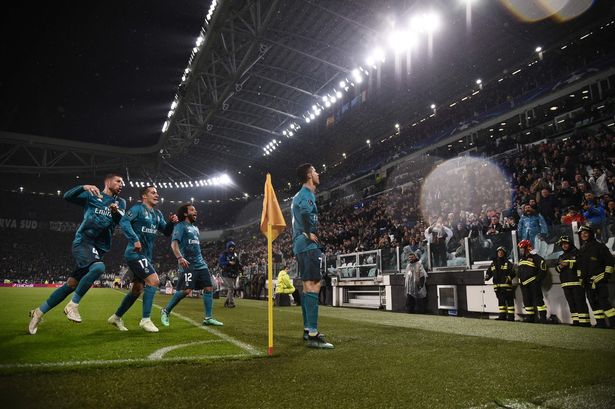 Manager, Massimilliano Allegri has said he has no blame for Juventus fans who stood up to applaud Cristiano Ronaldo’s goal in Turin last night.

Allegri said someone has to applaud something like Ronaldo’s goal.

Ronaldo capped his fine performance in the first leg of the quarter final of the Champions League with a wonder goal that sent even fans of the home side on their feet.

Allegri told reporters, “You have to applaud when something like Ronaldo’s goal happens.”

Allegri himself was impressed by the way Real played and especially by Cristiano Ronaldo’s second goal.

“He has been the best forward in the world in recent years,” Allegri added.

“He has a clarity that nobody else has.

“The fans showed class [by applauding].

“Football is a show and when there is a moment like this one, it is correct to applaud.

“The best two teams are Real Madrid and Barcelona because one has Ronaldo and the other has [Lionel] Messi, which is a major advantage,” he said.