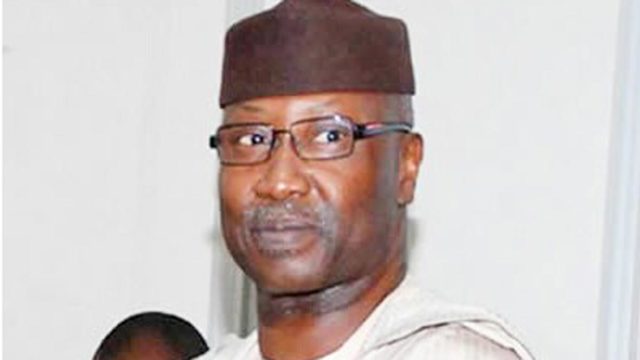 Secretary to the Government of the Federation (SGF), Boss Mustapha, has hinted that President Muhammadu Buhari will run in 2019.

He also said an Igbo presidency was possible after Buhari leaves office.

Reacting to comments by Kalu, that Igbo have decided to give 75 percent votes to President Buhari in 2019, Mustapha said “You made allusions to the fact that the South East would support Buhari.”

“Let me confirm to you that for any thought of Igbo presidency, this is the shortest part.

“I have been in this game in the last 35, 37 years. I can attest to it. I know what it is, I know the permutations. I know what is on ground and I am an election manager.

“I know how you can commute, how you can fix the figures and how they come and arrive at the destination.

“And I can tell you without any fear, without any iota of doubt that the shortest path to an Igbo presidency is for Buhari to complete his tenure and now engage the Igbo nation in a decisive move.

In attendance at the event were Head of the Civil Service of the Federation, Mrs. Winifred Oyo-Ita, Minister of Health, Prof. Isaac Adewole, Special Adviser to the President on Media and Publicity, Femi Adesina.