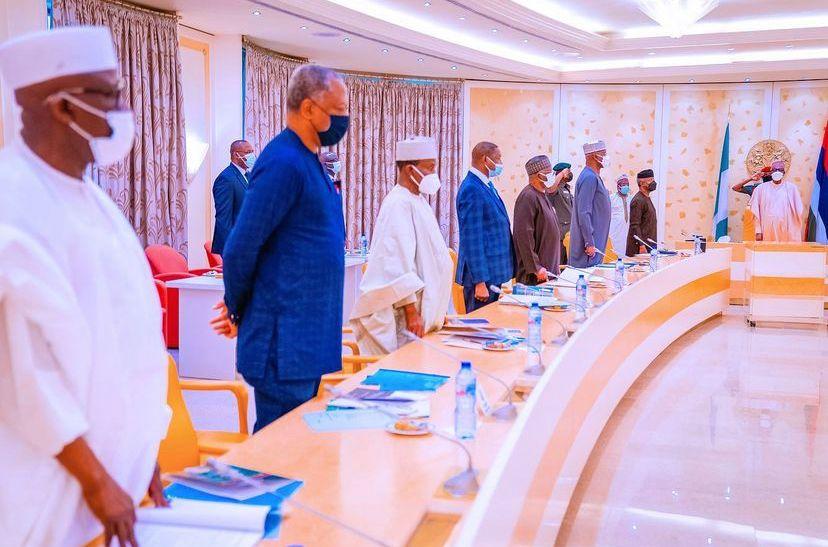 President Muhammadu Buhari is currently meeting with security and intelligence chiefs in the Presidential Villa, Abuja.

Though the agenda of the meeting was not made public at the time of filing this report, it may not be unconnected with the security situation in the country.

The meeting coincided on the day the leader of the Indigenous People of Biafra, IPOB, Mazi Nnamdi Kanu was arraigned at the Federal High Court, Abuja.

The Federal Government had designated IPOB as a terrorist organization.