Former President, Olusegun Obasanjo, has registered with his Coalition for Nigeria Movement, CMN.

DAILY POST reports that he registered in Ogun state at the secretariat of the Nigeria Union of Journalists, NUJ, Oke-Ilewo Abeokuta.

Obasanjo said the coalition is on course to defeat the All Progressives Congress (APC) and the People’s Democratic Party (PDP) in 2019 nationwide.

“This will be a movement of the people, CN will emerge victorious in 2019”, he predicted.

The former leader’s comment is a sign that the coalition will register to become a political party.

Speaking at the event, Oyinlola said the group is not yet a political party.

Oyinlola said for it to make electoral impact in the manner described by the former President, they would need to follow the constitution and register it as a political party.

Obasanjo suggested the formation of the movement in his recent statement on President Muhammadu Buhari and his administration. 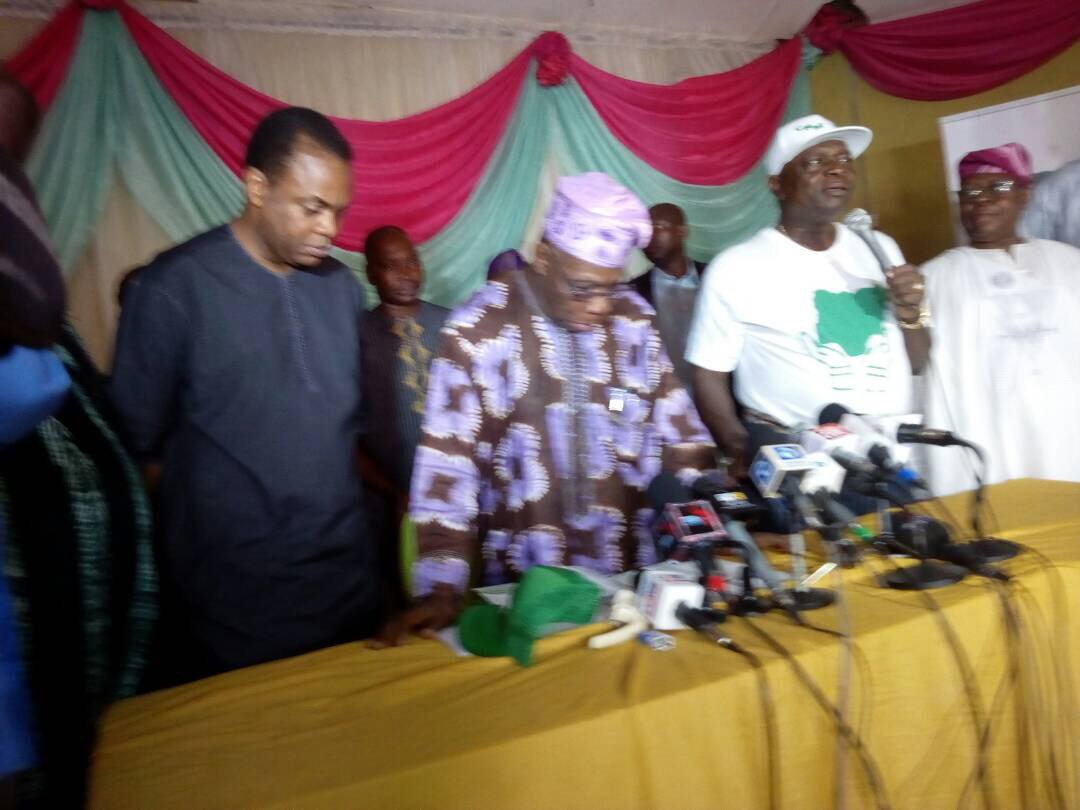 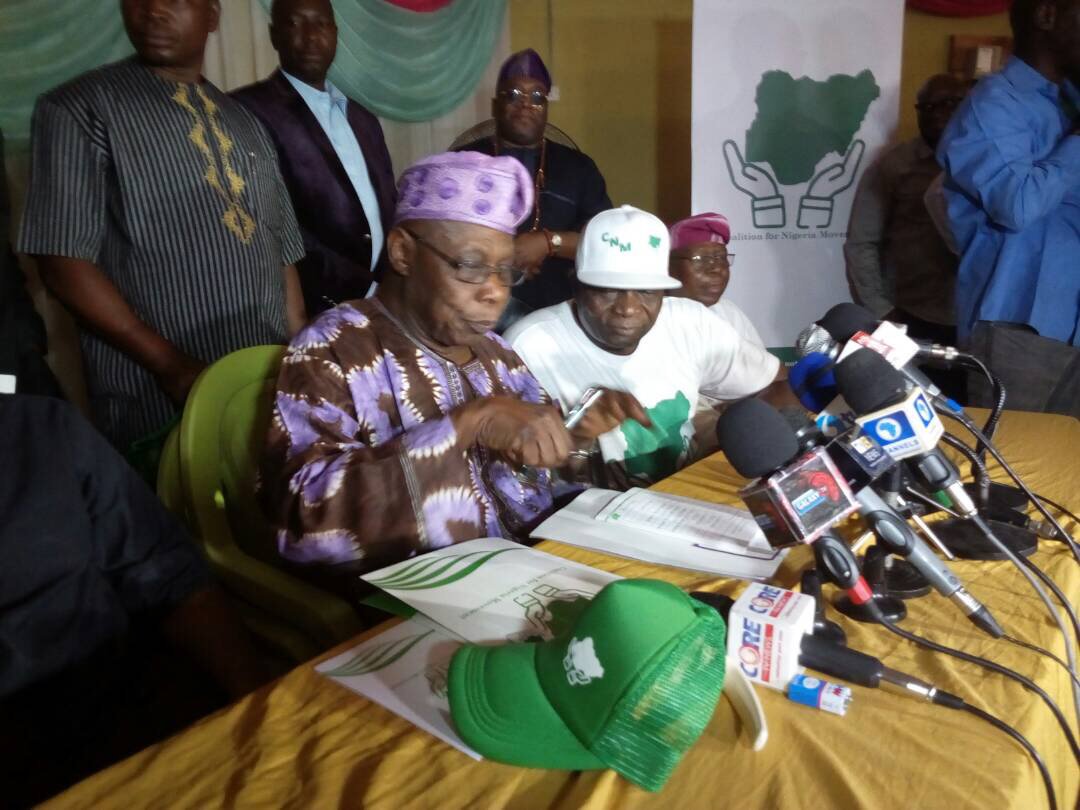