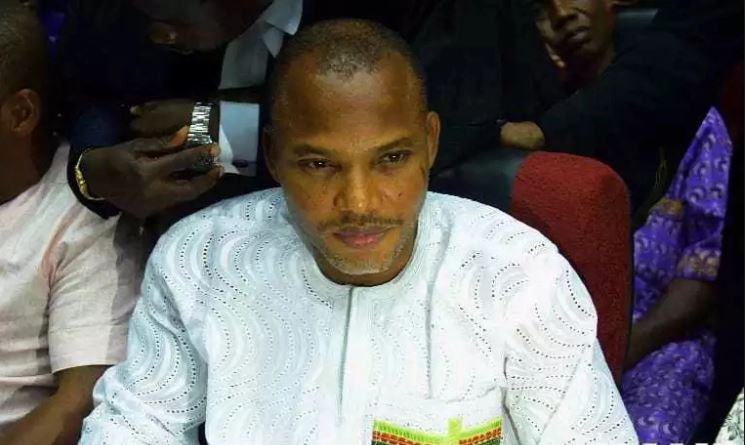 The Economic Community of West Africa ECOWAS Court, has again adjourned hearing into the fundamental rights suit filed by the leader of the Indigenous People of Biafra, IPOB, Mazi Nnamdi Kanu.

Kanu’s suit filed in March 2016 is yet to reach its hearing stage at the court since it was first brought before it.

The case had been adjourned in November 2017, after a previous postponement a month before, following applications by parties in the matter.

On Tuesday, the court presided over by Justice Hemeye Mahdmadane announced its decision to make further adjournment after entertaining a fresh application by the prosecution.

The judge said the court’s decision to adjourn sitting was based on the fact that motions brought before the court in November were yet to be translated into English language.

At the opening of session on Monday, the prosecution counsel, Maimuna Shiru, informed the court, that her client had a motion seeking to keep the court abreast of the recent developments in the matter.

According to Ms. Shiru, her motion seeks to inform the ECOWAS court that IPOB had already been proscribed and that the Federal High Court in Abuja had affirmed the proscription of the group.

Reacting to the recent application, however, Mr. Ejiofor accused the prosecution of making unnecessary motions aimed at preventing the case from succeeding.

The court, however, warned Mr. Ejiofor to desist from making such utterances in court.

The matter was adjourned to May 30.