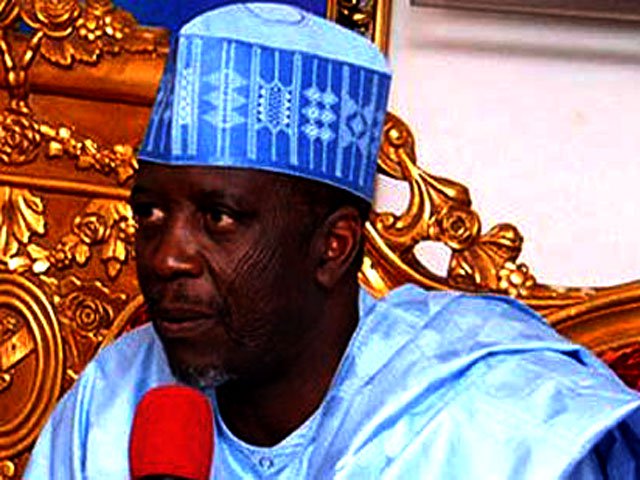 Former Sokoto governor Attahiru Bafarawa has advised both the Benue and federal governments to evolve a political solution to end the violence instead of trading blames.

He also gave an insight on those behind killings in the state.

Bafarawa spoke on Friday in Makurdi, when he paid a condolence visit to Governor Samuel Ortom.

“What is required to end the crisis is a workable solution that would be acceptable to all sides; trying to establish who is right or wrong is not what matters now.

“A military approach will not solve the problem; the solution to it is political. We need to involve the traditional institution.

“This problem is not only a Benue problem, it is a national problem and we all need to come together to solve it.

“It is a problem we can solve with a sincere and open approach. We cannot afford the luxury of trading blames,” he said.

Bafarawa blamed the killings on migrant herders, and declared that they were not Fulani herdsmen.

“The Fulani herdsmen that we know carry sticks to guide their cattle and not Ak 47 Riffles; these migrants speak strange languages. They are not Fulani people.

“We must come together to fish out the people that are perpetrating these crimes against our people,” he said.

He appealed to the governor to protect both Tiv and Fulani people living in Benue, and prayed for the repose of those killed in the violence.

Bafarawa donated N10 million to the families of the deceased.

Ortom, in his response, commended Bafarawa for condoling with the Benue people and also proffering solutions to the crisis.

“Your visit is a demonstration of love and friendliness,” he said.

He said that the attacks on Benue were strange, and blamed them on the influx of foreign nationals who had taken advantage of the country’s porous borders to smuggle arms into it.

The governor recalled the traditional ties between the Tiv and the Fulani, and wondered why the Miyetti Allah Cattle Breeders Association of Nigeria (MACBAN), was opposed to the anti-open grazing law enacted to check farmers/herdsmen clashes.

“It is sad that in spite of the several legal options opened to those aggrieved by any government decision, the group chose to instigate crises through various utterances.

“The enactment of the law is the only solution to the persistent herdsmen/farmers crisis; we must all embrace it.

“The anti-open grazing law is intended to protect both the farmers and the herdsmen from attack; with land shrinking everyday and population increasing, the only way to do animal husbandry is to ranch,” he said.