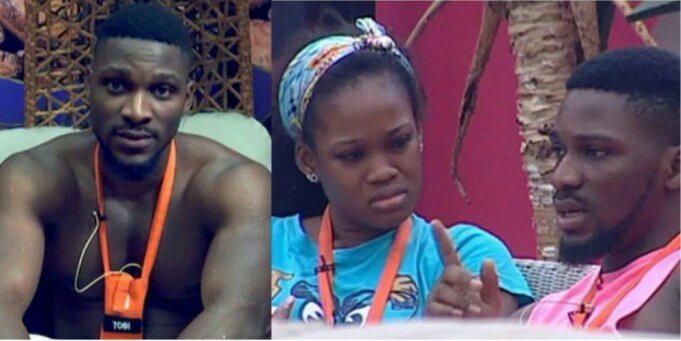 Recall that the duo was caught on camera making out in the house yesterday.

Many social media users have have commented on the act in differenty ways.

However, the ongoing TV reality show is yet to witness an eviction.

Below are some comments…

@gawjawss “Shey she saying doing stuff under the duvet looks creepy and that when you do it openly it shows you don’t send. mtchewww she says one thing and does the other.

@Donloue “She took her time and letting out gradually. That’s how we men value it. If you give in too easily, Omo na sorry go be ur name o

@winnieromeo “Don’t mind them. If they don’t leave tomorrow am sure they will be the first to f** sef. From the way she is doing.

@Stephanie “please tell the useless girls out there! This is the way I act at first in my relationships, and I later give in, to the nigga I like, They would cherish the hell out of you! Girls are so frigging cheap now, that’s why their brain cannot understand or accept what she did.

@stephanie “He would cherish her, cos he worked hard for her.