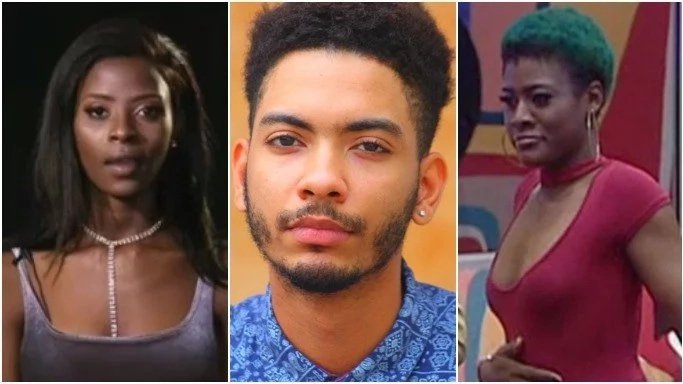 Big Brother Naija housemate, Khloe, who is currently the head of house got into a heated fight with her fellow housemate, Alex, on Tuesday because of K-Brule.

It was gathered that Khloe and K-Brule started fighting over a drink, when Khloe shouted at the young man.

This got Alex angry and she immediately stood up for K-Brule and then told Khloe to stop abusing him.

The two ladies did not take it easy with each other as they abused themselves in turns while other housemates watched them.

After the heated fight, Khloe was later captured by camera smoking cigarette with Teddy A to cool her temper.